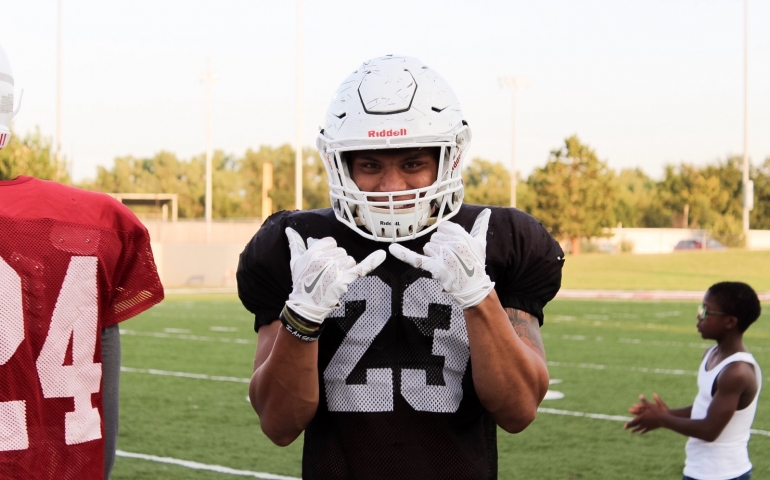 The bright lights, the sound of a crowd cheering, and an atmosphere of unity in supporting a common goal of besting the opposition in football, soccer, volleyball, etc. This is athletics at SNU.

As school begins to kick off, so does sports at SNU. Regardless of being a freshman, transfer, or returning student, an effective way of getting more involved in social life on campus is showing up to the games.

Samantha Stitt, who is a fifth year senior, a math education major with a minor in ministry, as well as the Athletic Relations Executive Officer, was excited to share her thoughts about this year’s athletics. Stitt has played softball at SNU for four years and has “always seen the need for merging the gap between athletes and students.”

In my  interview with Stitt, she explained that  “everybody thinks athletic relations are just there to get people at games, to get the fans hyped, but that’s a small part of it. It’s a fun part of it.”There’s more to going to a game then just showing up and cheering.

SNU is composed of many people with different majors, hobbies, likes, and extracurriculars. One of these extracurriculars is athletics, and it makes up a large portion of the student body. Athletics is an important part of campus life and supporting them is equally as important.

“Ultimately athletic relations is a ministry. Our vision is to see athletes coming to know Christ and getting built into the community, and students knowing athletes names, encouraging them, being genuine friends with them, and just building that Christ-like community.” Separation of athletes and the rest of the student body can happen easily, but it is the job of the whole student body, athletes and nonathletes alike, to embody a community of unity that SNU’s institution promotes.

How can the student body embody a community of unity with athletes? By being present, using your time to show you care, and supporting the athletes at the next volleyball or basketball game.

When asked about what she would say to those thinking of whether or not to come out to a game, Stitt stated that “even if you are not into sports, the community you make when you go to a game is amazing. You are just being loud and crazy while bonding with students.”

Stitt went on to explain that by just being at the games, people would be involved, make genuine friendships, start to know the athletes by name, and would continue those relationships on campus. In closing, she had one final piece of advice: “If you are debating on staying in your room or going to a game, go to a game. You’ll meet tons of people, you’ll have fun, and you’ll make memories for life.”