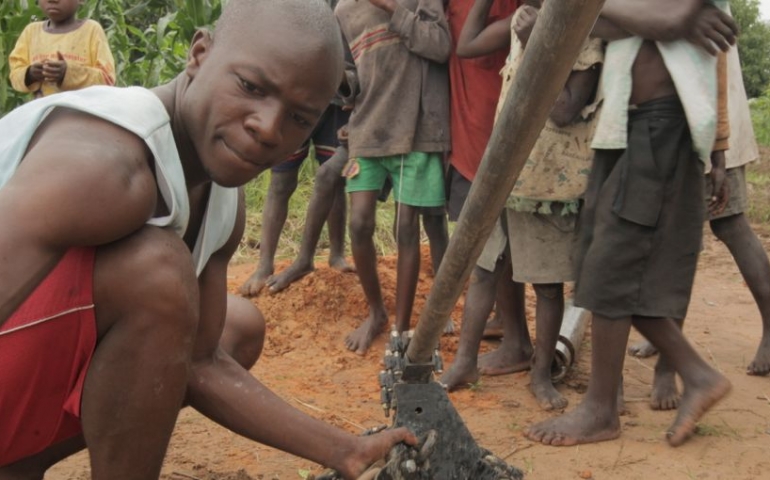 Among the many organizations at Southern Nazarene University, we have been privileged to have socially active organizations that not only benefit the students but the community. For many years, the Speak House (Imel Townhouses) has been known for their efforts in Human Trafficking and brings awareness to this ongoing issue.In the upcoming year there will be an additional theme house called the Water 4 Theme House.

The founder of the Water Theme House organization is the Chief Executive Office of Water4, who leads the organization on a daily basis. Dick and Terri Greenly founded Water4.

I had the privilege of interviewing Ray Sanders and his son Isaac Sanders, who is a freshman baseball player at SNU, on the new theme house.

“The purpose of the Water 4 Theme house is to mobilize students who are passionate about making a difference in the world be taking action, raising awareness and funding to help eliminate the world water crisis,” said Sanders.

In a world where typically 5,000 children die everyday because they lack clean drinking water, Water 4 seeks to create a solution to this water crisis by putting the problem in the hands of local people and creating drilling teams that save lives. This organization allows men, women and children alike to work towards giving children a hope for their well-being.

One doesn’t have to be a Water4 theme house resident to be involved in the movement. Students will have opportunities to participate in first-hand experiences with Water4 both domestically and abroad. Among other things, Water4 plans to launch similar programs to other universities.

“Water4 believes SNU’s Water4 Theme House can serve not only as a pilot program but also as a model for other universities to emulate,” said Sanders.

Regular meetings will be held with the residents of the theme house to create an environment to meet, interact and plan to visit with world leaders as well as local leaders at event, socials and various activities. Residents of the theme house will meet regularly for discipleship and mentoring with leaders who aspire to use their influence to impact the world for good.

Angola, Ecuador, Haiti, Ghana and Nicaragua are just some of the countries that the Water4 club will reach and continue to reach, as students play a part in eradicating this problem. This is a great experience for students to gain leadership experience and get to use their God-given talents to make a powerful difference in the world.