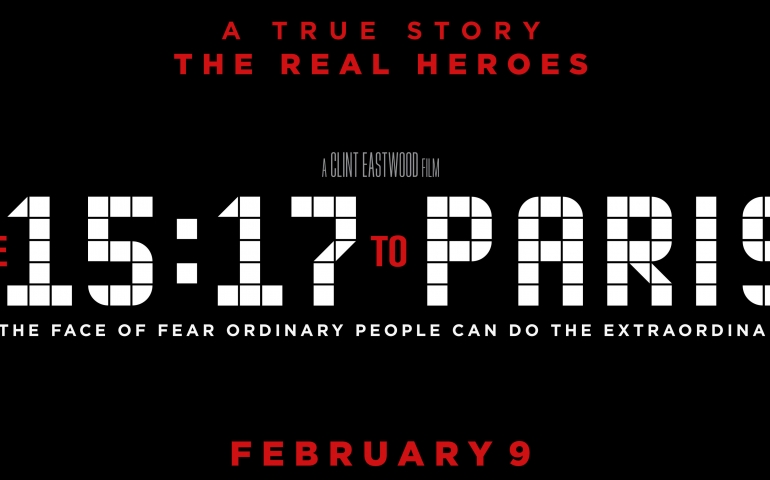 In the 2018 film, 15:17 to Paris, the true story is followed of a terrorist attack on a train bound for Paris that happened in 2015. The movie displays the real-life men that stopped the terrorist attack and their background leading up to the event in which they saved more than 500 lives of the people that were on the train that day.

For this film review, I decided to talk to Dr. Tim Taylor to see what his thoughts about the movie were. When I spoke with him, he replied, “It was a good story, but terrible acting. The story is a true story of heroism and I like that kind of movie, the previews looked suspenseful.  Also, I usually enjoy Clint Eastwood films.”

I also wanted to see if he enjoyed the movie enough to recommend it to other people, to which he answered with, “No, I would not. It was very boring except for the ten minutes of action; the previews were misleading. It looked like a thrilling movie but was just the opposite because they used the real men that were in the real story.”

After talking with Dr. Taylor, I decided to try to find another interviewee that may have a different perspective or outlook of the movie. I interviewed Hannah James, an SNU alumni that had recently seen the movie. I asked her what she thought about the overall movie and the acting: “I liked the movie, despite the bad acting. I can see why most people did not enjoy it, though. I thought it was a great story but might not have been enough of a story to make it into a movie. I thought they spent too much time on their backstories which wasn’t as interesting.”

In the movie, the three real-life heroes, Spencer Stone, Alek Skarlatos and Anthony Sadler, played themselves. Stone is a former U.S. Air Force Airman, Skarlatos is a former Oregon National Guardsman and lastly, Sadler was a senior at California State University at the time of the event.

On the day of the event in 2015, the three boys were riding on the train to Paris when an armed man opened fire, wounding one of the passengers that was on board. A struggle with the assailant ensued with Stone and Skarlatos deciding to run towards the man. Despite a few injuries, the three friends and a British passenger were able to overpower the gunman.