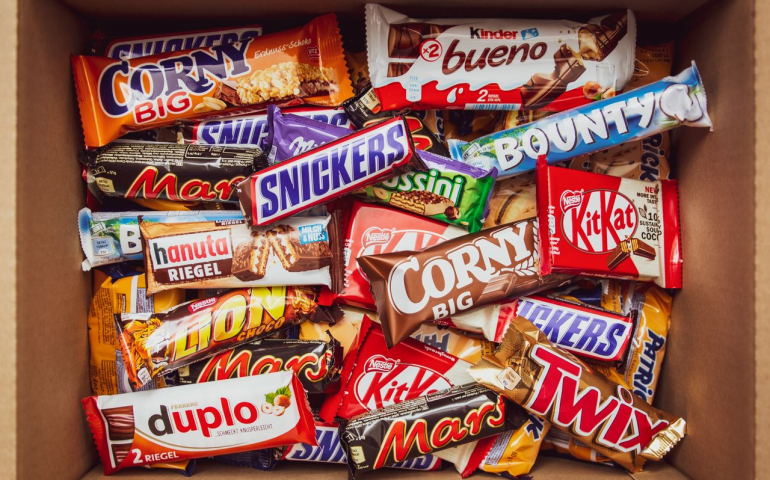 With it currently being the spooky season, Halloween brings out the best of the world of sugary delights. Whether it be through trick or treating or just a snack during a movie night, candy is undoubtedly a popular staple of Halloween. This article will focus on what SNU students thought about the many different candies to enjoy this Halloween.

When it comes to candy, you can’t beat any of the classics. For one student at SNU, any form of M&Ms will do the trick. Senior Paydon Spencer said that M&M’s are his favorite candy to snack on during the Halloween season. “Preferably, the peanut M&M’s are the ones that I go for,” said Spencer. “They are my Dad’s favorite candy and I have loved them since he introduced them to me.”

Potentially a wildcard when it comes to favorite candy during Halloween is wafer bars–not commonly associated with the best of the best but still a widely popular candy. Another senior, Logan Graham said that his favorite candy on Halloween is a Whatchamacallit bar. “Whatchamacallits are the best candy bars of all time and are severely underrated,” said Graham. “I would take them over any other candy every day of the week.”

Now I often get asked myself what my favorite candy is to enjoy on Halloween night. And, quite frankly, the best candy in my opinion is the candy corn pumpkins that only become available during the Halloween season. I think a lot of people hate candy corn and it doesn’t get the praise it should. My mom loves them and introduced them to me when I was younger. Now I enjoy them every year around this time of year.

Candy corn isn’t the most popular candy in the world, there is a definite split between people’s opinions on the candy. When it comes to our SNU students, the result is exactly the same.

Paydon Spencer is on the pro-candy corn side of this debate. “It gets way too much hate as candy,” said Spencer. “I feel that not many people have tried it enough to fully enjoy it.”

Meanwhile, Logan Graham can’t get further away from candy corn. “It is literally the grossest thing I’ve ever eaten,” said Graham. “It tastes like wax to me and I don’t see how people enjoy it.”

Whether you prefer fruity or chocolaty candy, sweet or salty, or anything else in between, candy makes Halloween what it is today. Whether it determines what you give away on Halloween night, or just a post-dinner snack. Candy is candy and not just for kids. That notion is just a trick, so we don’t get the chance to treat ourselves to some bad food that is good for our souls!

Photo by Denny Muller on Unsplash