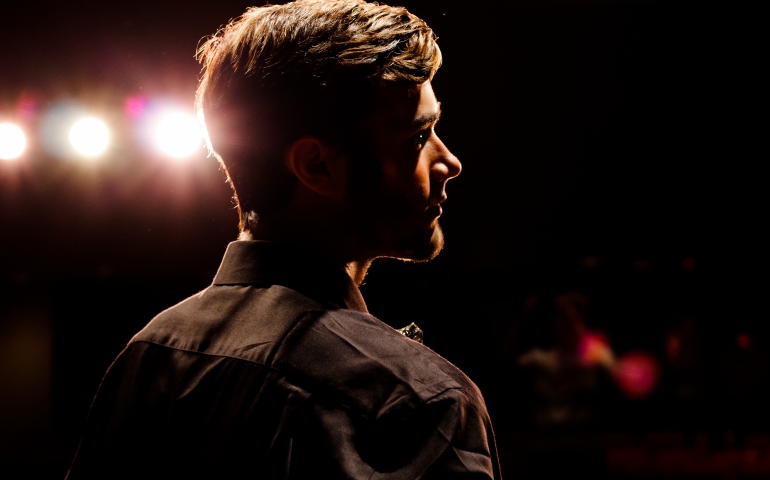 “It’s not just for us or for SNU. It is for our surrounding community. It’s for the kids that are sitting in classrooms and have never heard ‘One Day More.’ Theater changed my life, so to be able to put on a show that support what I love and support the arts, is just a special experience.”—Noah McGuire, co-director of A Night on Broadway

Lights dim. Curtains open. The sound of musical selections from Grease, Hairspray, Wicked, Les Misérables, Into the Woods and Wicked (just to name a few) fill the expanse of Cantrell Hall. Tap shoes move to the beat of Broadway.

On October 6th at 7 p.m. and October 8th at 2 p.m. SNU’s student led musical theater production, A Night on Broadway, will be brought to life. All proceeds will go towards the Oklahoma School System in hopes of keeping the performing arts alive. 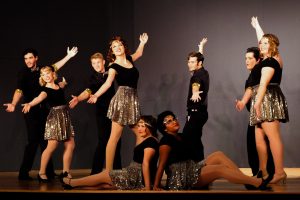 A Night on Broadway is co-directed by senior music education majors Noah McGuire and Priscila Covarrubias.

They knew there was quite a bit of interest on campus for musical theater and wanted to appeal to a larger audience by creating a show that incorporated heavy dance numbers, especially because there are no dance outlets available on campus. 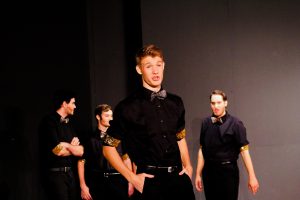 Last year, Noah and Priscila directed A Night of Disney which was really successful. All the proceeds went back to the SNU music students and was used to fund their NATS competition.

However, with their pursuit of being music educators, they thought it would be cool to give back to Oklahoma community they are going to be teaching in one day.

They are partnering with an organization called “The Covered Wagon Players” (click here more info). This theater company travels to different schools and puts on live productions for the students. All the profits made from their shows are given towards helping jumpstart a musical theater program or contribute to program rejuvenation. 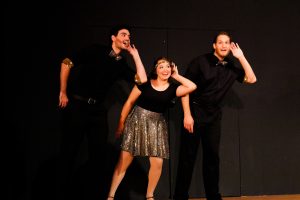 “This organization introduced kids who may have never seen any kind of production, to the Arts. Which, we think is really important.”

Noah Terry, a freshman theology major, who plays Corny Collins in the Hairspray section of the performance, said “Working with Priscila, Noah and the other members of the cast is awesome. It’s been my favorite part of college so far.”

Another freshman, Colby Dawkins, a worship arts major, had never been involved in musicals in high school because there were no opportunities to do that. He’s definitely glad he tried something new.

The stage is arguably the only place you’re able to be someone or something you would never be otherwise.

Priscila and Noah, as wells as the cast members, have been rehearsing non-stop since the first week of classes. 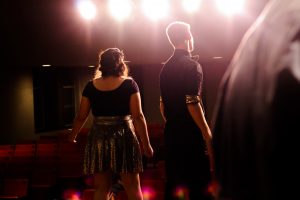 They would like to strongly encourage everyone not only to come support your peers, but to contribute to a noble cause. New York City is pretty far away, but they are bringing Broadway to you.