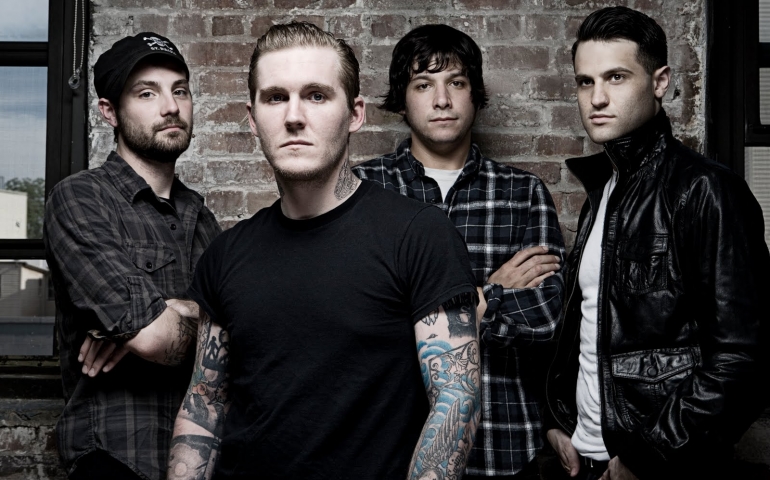 Change is inevitable. In this life, nothing of earth is permanent. As many of us have discovered, musical artists are not exempt from change. One of the key factors in the marketing of The Gaslight Anthem’s new record, Get Hurt, is change. Lead singer Brian Fallon described the album as “different” in numerous pre-release interviews, insisting that the band is going a direction it has never visited before. Released on August 12th, Get Hurt does stand out from the band’s other albums, but has the same charm as their earlier works.

Throughout their eight-year lifespan, The Gaslight Anthem has teetered on the edge between punk rock and pure rock-and-roll. Fallon’s lyrical content and gruff vocals are reminiscent of Bruce Springsteen, while his guitar riffs should sound familiar to any Social Distortion fan. However, Get Hurt sees the band diving in headfirst into rock-and-roll, leaving any punk sensibilities behind. Instead of building the songs around 1950s inspired melodies, the music now focuses on catchy guitar riffs and big choruses.

Granted, these changes don’t make Get Hurt objectively bad. In fact, the band’s sound is more polished than ever. Years of touring have helped The Gaslight Anthem, and the production of the album is top notch. Instrumentally, Get Hurt is technically the band’s best album. However, this doesn’t make up for the album’s poor lyrics.

Gone from this album are The Gaslight Anthem’s traditional Americana vignettes. The band’s obsession with the past is what gave them a unique style in the world of punk rock. With Get Hurt, it feels like Brian Fallon was trying to make a more universal album. Instead of making music to the band’s established fanbase, the lyrics are watered down in order to appeal to the masses. Get Hurt sees the band lose what truly made its songs amazing: soul.

What does this new direction mean for The Gaslight Anthem? For starters, this new style alienates the band’s long time fans. While bands shouldn’t feel forced to stay in the same place musically to please fans, they should work to hold on to the qualities that helped them earn those followers in the first place. Changing the band’s direction could attract new fans, but it will be at the cost of disappointing old ones. Get Hurt is the beginning of something new for The Gaslight Anthem, but it’s not a path they should have taken in the first place.