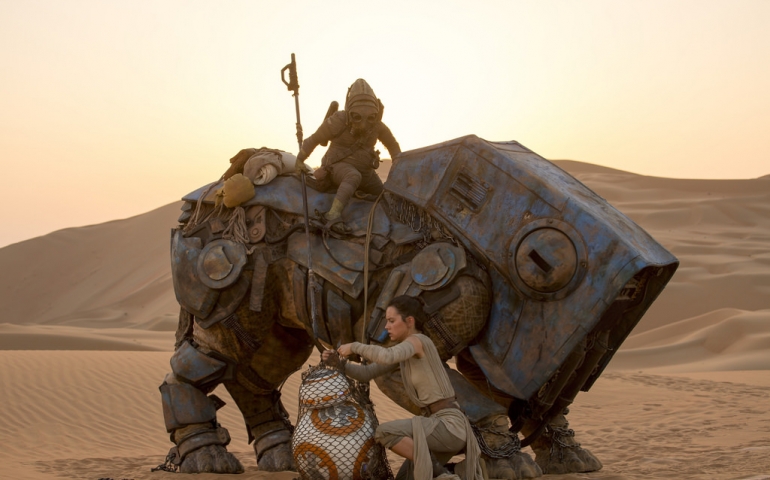 James Cameron’s “Avatar” was the highest grossing film of all time, earning over 760 million dollars domestically and over 2.7 billion worldwide. That is, until Jan. 6, when J.J. Abrams’ “Star Wars: The Force Awakens” surpassed it domestically, with a current domestic box office of over 895 million dollars.

This isn’t incredibly shocking. As a science fiction phenomenon, the “Star Wars” franchise is a deeply rooted part of our pop culture. What is surprising, however, is that a movie like “Avatar” with its massive earnings is so easily glazed over.

Some of the reasons for “Avatar”’s massive showings are the technological innovations in CGI, motion capture and 3D. Around 75% of the movie is animated, which is why the CGI advancements were so important. If the CGI was bad, the movie would lose any ties to reality it shared, and any empathy you felt for the characters would be gone. Because of this, the facial expressions of all the characters were made primarily with motion capture.

There’s a point in facial reconstruction known as the “uncanny valley.” This is the concept that we as people are uncomfortable with robots imitating us. The idea is that if it’s far enough from the human face, it’s fine; if it’s close enough to the human face, it’s fine. But the point in between, where a face is almost human but not quite, is where the valley lies. What’s important about “Avatar” visually is that it managed to cross the uncanny valley, one of the first films to do so.

As for the innovations in 3D, this was one of the first uses of IMAX 3D instead of the classic red/blue. It also was a movie filmed for three dimensions. James Cameron’s team built a 3D filming rig, with two cameras set two and a half inches apart, mimicking the human eye. The movie was later transferred to 2D, unlike most movies, which are filmed in two dimensions and made into three.

Part of the novelty of going to see “Avatar” in theaters was seeing it in 3D, and 3D movie tickets cost more. While usually only being an additional three to five dollars a ticket, these numbers matter in the long run. According to an LA Times article by Patrick Goldstein and James Rainey, it’s estimated that around 76% percent of people who saw “Avatar” in theaters saw it in 3D.

“Star Wars: The Force Awakens,” while not expected to take the top spot for the worldwide box office, has done very well for itself. A large portion of that is the loyalty of fans that have been around since the ’70s and the generations of fans that they raised. But, another part is that “The Force Awakens” is an objectively better movie.

While “Avatar” was visually beautiful, there’s a reason it didn’t leave a pop culture impact, aside from being the highest grossing film. “Avatar” used its visuals to distract from the fact that the plot borrows heavily from other stories, like Disney’s “Pocahontas,” “The Last of the Mohicans” and “Dances with Wolves.” Overall, the story seemed to be a play on the idea of a native culture thriving for thousands of years, and when they’re suddenly under attack, they’re saved by the white man. It wasn’t a story that resonated with its wide and diverse audience, and so despite having big numbers, it faded.

Regardless of its lack of significant cultural impact, “Avatar” is getting a sequel, with shooting reportedly beginning in April. Additionally, in 2011, Disney licensed the rights to an “Avatar” theme park attraction, which is currently under construction and will be opening at Walt Disney’s Animal Kingdom in 2017. Until then, we can only speculate as to whether these additions will make for a new fan favorite franchise or a box office disaster.