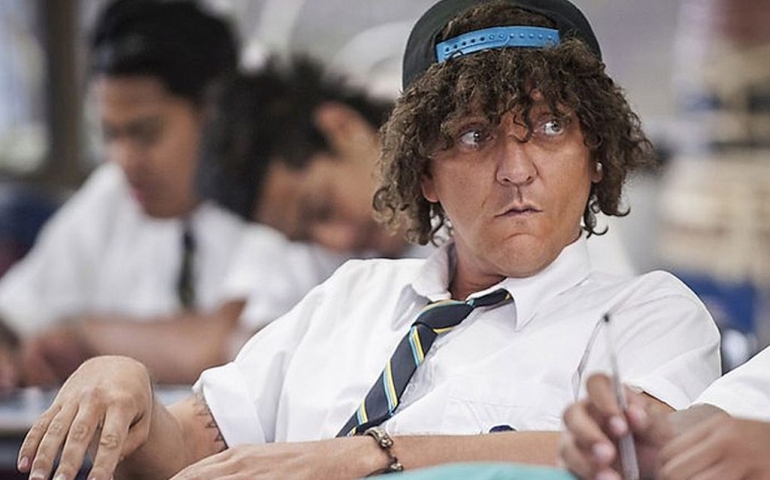 When blackface is spoken about in America, most people have an image that comes to mind. While we, as a country, have strived to bring an end to images such as Al Jolson in the “Jazz Singer” or the person that thinks blackface makes an appropriate or comical costume, we have done very little to end the use of brownface.

You might think that the term “brownface” would refer to non-Hispanics dressing up as Hispanics, but the term is a lot broader than that. When looking at the use of brownface we see someone attempting to look like, or proliferating the stereotypes of Hispanics, Asians, Pacific Islanders, American-Indians, Inuits and those from the Middle-East.

While the use of blackface has been steadily declining in the entertainment industry, the use of brownface continues to fly under the radar and rarely draws the ire that the use of blackface brings. Comedian Aziz Ansari has helped to bring the conversation back into the mainstream recently with his Netflix series “Master of None.”

In an episode of the series titled “Indians on Television,” Ansari explored the use of Fisher Stevens, a white man of European descent, to play an Indian scientist in the 1986 movie “Short Circuit.” In the film, Steven’s donned brown makeup and played a stereotypical role of Indians in 1980s film, talking with a thick accent, using English words incorrectly and being confused by the American culture.

More recently than “Short Circuit,” in 2014 HBO made the decision to air Australian Comedian Chris Lilley’s television show “Jonah From Tonga.” Lilley’s character in the series, Jonah Takalua, is a dim witted and violent 14 year old from the South Pacific island of Tonga. In addition to having to take remedial classes, Jonah is violent towards the “rangas,” white children with red hair. HBO has also aired the Chris Lilley television show “Angry Boys,” in which Lilley plays characters in both brown and blackface.

Brownface is not just present in the foreign entertainment market. In the 2016 Tina Fey movie “Whiskey Tango Foxtrot,” two of the main Afghan characters were played by actors that had no hereditary link to the Middle-East.

While I have focused on only a couple of examples of brownface in the entertainment industry, there are many more examples we could have talked about. Modern day examples include Ashton Kutcher playing a Bollywood producer in a Popchips advertisement, Jake Gyllenhaal in “Prince of Persia: The Sands of Time” and Ben Affleck in “Argo.” Brownface is alive and well, and it is up to consumers to be aware of its practice and how their choices validate or reject the practice.