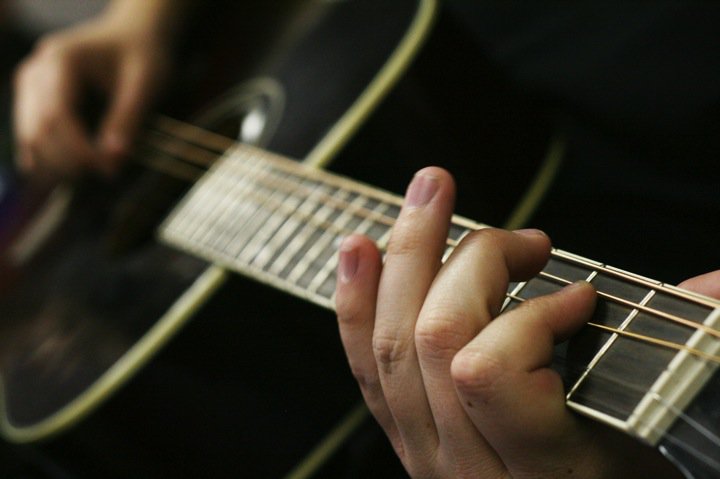 Do you ever feel so connected with a song that it sends chills down your spine? Does singing as loud as you possibly can in the shower make you feel like the next Christina Aguilera? And no one should have to ask if you’ve ever looked out the window of the car and felt like you were in a music video when a great song was playing, because everyone has done that of course.

It’s not uncommon to feel deep emotions when listening to music. It’s as if the song was actually written for the circumstance you’re going through in that moment. There are consistent theories about emotion that suggest intense emotions are accompanied by increased levels of physiological arousal.

Physiological theories suggest that intense emotions quantitatively differ from normal emotions. This means that a person’s level of intensity in their emotions is dependent upon their arousal level at that particular time.  A study was done to determine whether music that enforced intense emotions produced higher levels of physiological arousal than less emotionally powerful music. The ‘arousal hypothesis’ is used throughout the study, which is the belief that high physiological arousal levels increase emotions when listening to music.

Physiological arousal responses are an activation of the sympathetic nervous system and the release of arousal hormones from the adrenal glands. This can include increases in heart rate, muscle tension and respiration rate, blood pressure and a decrease in skin temperature that prepares the body for action. Humans commonly encounter these responses daily whether it is conscious or not.

The occurrence of a stimulus or event that is perceived as significant increases these physiological responses, according to the researchers in the study. A total of 21 people (9 females, 12 males) participated in the research experiment. They first began by listening to relaxing music that did not arouse too much emotion. Afterwards, they watched an emotionally powerful movie scene (non-music), and then listened to a song that they selected to be “emotionally powerful”.

If the arousal hypothesis is correct, then the high emotion music should create a more significant arousal response than the relaxing music and the emotional film scene. Researchers physiologically measured the participant’s arousal responses for records before and after the experiment that would conduct their results.

It turns out that emotionally powerful music was the cause for chills down the spines of the participants. The increase in skin conductance and the number of chills was calculated to be significantly greater than the other treatments in the experiment.

With the measures of skin conductance and chills, from the emotional intensity, the other components were not significant to the study (skin temperature, heart rate, etc.) The results showed that physiological arousal rises when listening to a considerably sentimental piece of music.
The thrills that people get when listening to their favorite song actually do have a physical effect on them. When picking out a song, we are accommodating to a personal mood at that time. The phrase “this song gives me chills,” becomes a reality. As Justin Timberlake sings, you “can’t stop the feeling!”

[author image=”http://echo.snu.edu/wp-content/uploads/2016/10/ts.jpg”] Trystin Short, Guest Writer
Tristyn is a junior psychology student at SNU. She is the oldest of 8 kids coming from Cushing, OK. [/author]