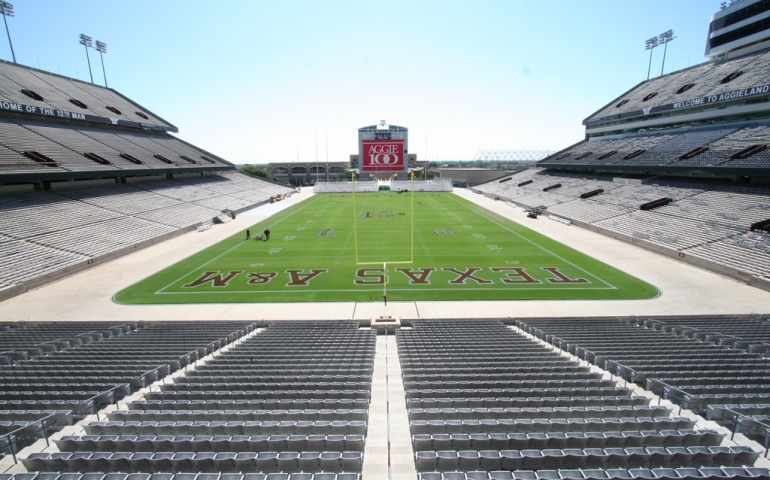 It’s fall again, which means changing leaves, pumpkin everything and our lives are being surrounded by a single sport: football. I love everything about this sport: the players, the locations, the traditions and the unexpected things that happens every year. During autumn weekends, football owns each of the three days, high school on Fridays, college on Saturdays and professional on Sundays. Personally, I will take Saturdays instead of Sundays, if I had to pick between college and professional football.

In my opinion, there are two major differences between these levels of this sport: money and pride. I sat down with Ivan Maysonet, a sophomore offensive lineman for the Crimson Storm. When asked what the difference between a college player and a professional, he replied, “College football players are more passionate. They are more willing to lay their bodies on the line for their teammates.”

As a former high school player, I can relate. After going through fall camp with the same group of men and hitting, bleeding and sweating with them, these men become your second family. I also have a personal connection in the college football world. My eldest brother was a former player at Texas A&M University, baptizing me into one of most tradition-rich universities in the country.

Professional football teams traditions’ can hardly hold a candle to colleges’ traditions such as “The Grove” at Ole Miss, “The Ramblin’ Wreck” at Georgia Tech, and “Fight On” at USC. The best tradition in the NFL is Lambeau Field, and it’s only a stadium with amazing history.

The other difference between the two levels is the root of all evil: money. Now don’t get me wrong, college football makes millions and millions of dollars every year. However, the main difference is the money connected to the players themselves. College football players do get paid, in a sense. The best players will get scholarships that will pay all or part of their college tuition. However, it’s nothing compared to the money paid to the professionals. This is the breaking point. There are a lot of professionals who play for the money, not because of the love of the game. When I asked Ivan Maysonet which he’d prefer, a championship or enough money to live, Maysonet replied, “A championship. Once you win one, there’s a great sense of pride knowing all your work has paid off. Money is a great bonus, but there’s nothing like [a championship].”

But what about the viewpoint of someone who has never played the game? Courtney Reynolds, a member of the SNU’s pep band, has been a part of the band at football games. Courtney believes that without a band, football would not be the same.

“It makes everyone around more excited and pumped up,” said Reynolds. “Pro players probably miss the rush the band gives.”

Given all this, I hope you can understand why I watch football on Saturday instead of Sunday. If you have a different perspective on this topic, feel free to place a comment below or join me in Snowbarger for a friendly debate.