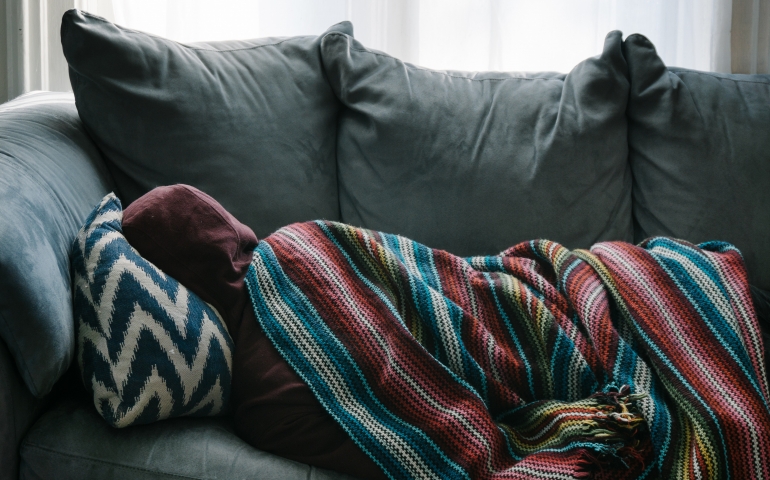 I think we can all agree that naps are a gift from the Lord. No question there. Hear me out on this one—they’re like a snack but for sleep. Here’s the catch, though: you have to decide where you will get the most refreshing and restful nap—on the couch or on your bed?

Throughout the week, I informally asked how people felt about either option, and the results were well-mixed, inconclusive if you will. The common factor, though, is everyone’s passion for their nap location of choice. Napping is an exact science with factors that are unique to each person.

Let’s start with couch naps, my personal choice. Because the body is not trained to sleep for long periods of time on the couch, as it would be in bed, couch naps are favorable for that quick 30-minute to an hour nap in between classes.

The body will naturally wake up from a nap in a shorter time, feeling more revived. Helen Arango, SNU junior, advocates for the couch nap in most instances. Some of the best naps that she ever had were when she fell asleep watching movies. “The best quality naps have been on the couch because that is where I have the spontaneous naps when I need them the most,” said Arango.

Couch naps are the ones that are not necessarily planned. They just happen out of the blue during the fourth episode of the show you’re binging. Arango argued that, while they might not be as restful and comfortable as a bed nap, couch naps prove just how tired a person is. “If I fall asleep on the couch, it’s because I’m so exhausted that I need to fall asleep,” said Arango.

On the flipside, bed naps are perfect for those after-church Nazarene naps. You know—the ones that last for three to four hours, but you wake up and you’re not sure if you slept for four hours or four days.

These are the kind of naps that SNU junior, Shannon Ashworth, favors. She argues that bed naps are more efficient because it is easier to fall asleep in bed where our bodies are trained to sleep and where there are fewer distractions than there would be in a living room.

Specifically, for college students, Ashworth recommends the bed nap for more efficiency in falling asleep because, “that is where your body is comfortable and most acclimated to falling asleep in, because you have your certain set up with your pillows and your blankets that allow you to reach your maximum and optimal amount of comfort in the minimum amount of time.”

The main trick to abide is to avoid doing homework in bed so that the brain is trained to believe that the bed is for sleep and not for work. Differentiating the purpose of each location is key to achieving the best possible nap.

The answer to the question of which is better depends on a mixture of where you do homework, the comfort level of the couch or bed, and day-to-day routine. There are simply too many factors to decide which is definitively better. All I know is that as long as I am in college, I will always be in need of a good nap whether it is on the couch, in bed, or right in the middle of class.

(Photo by Rex Pickar on Unsplash)