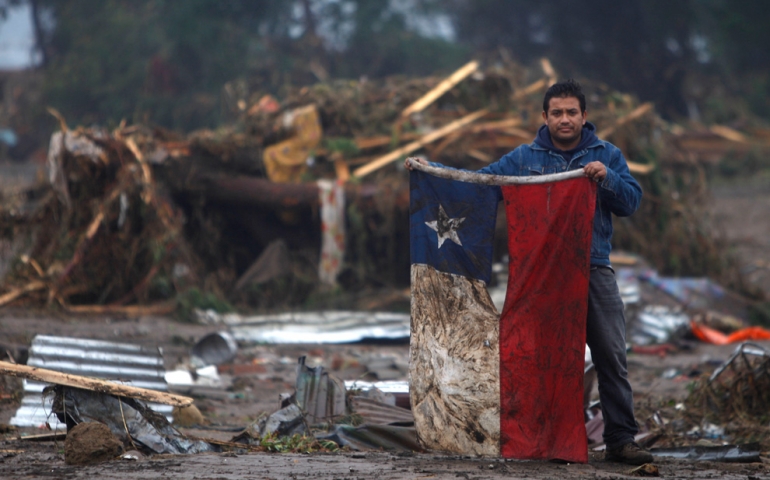 In Chile there are frequent earthquakes and volcanic eruptions. A massive earthquake of a magnitude of 8.2 hit Northern Chile, causing a tsunami on April 2, 2014. According to CNN, the earthquake and tsunami did not cause much damage to the city and there were not a lot of deaths. According to the authorities, there were six deaths. Officials said four of those deaths were blamed on the quake late Tuesday that triggered landslides, power outages and a tsunami suffered heart attacks, while the two other people were crushed.

John Bellini, a Denver based geophysicist at the U.S Geological Survey mentions that Chile is very good at implementing its building code. He also told CNN, “Because of that, you would see less damage than in other places that have poorer building codes…. that’s probably one of the reasons there haven’t been as many casualties as there could have been from a magnitude earthquake of this size.” There were at least 928,000 people who were evacuated and more than 2,500 homes sustained structural damage.

President Michelle Bachelet toured around the area and was thankful to the authorities for responding to the situation in an excellent manner. Bachelet said it should be a great example to all of them that when they work together in an adequate manner and follow plans that have been established in the region, they work well.

Since Chileans are very familiar with temblors, they know what to do and the nation has implemented strict building codes and rigorous evacuation plans. According to Steven Godby, who is an expert in disaster management at Nottingham Trent University in England, “The government of Chile has been working hard to improve the awareness of people living along the coast to the threat from tsunamis and on what to do if one is approaching.

Several tsunami drills have taken place since the tsunami that killed an estimated 500[-plus] Chileans in February 2010 and recent earthquakes in the region have helped to keep the threat firmly in people’s minds.” In Chile’s case, greater awareness has saved lives.