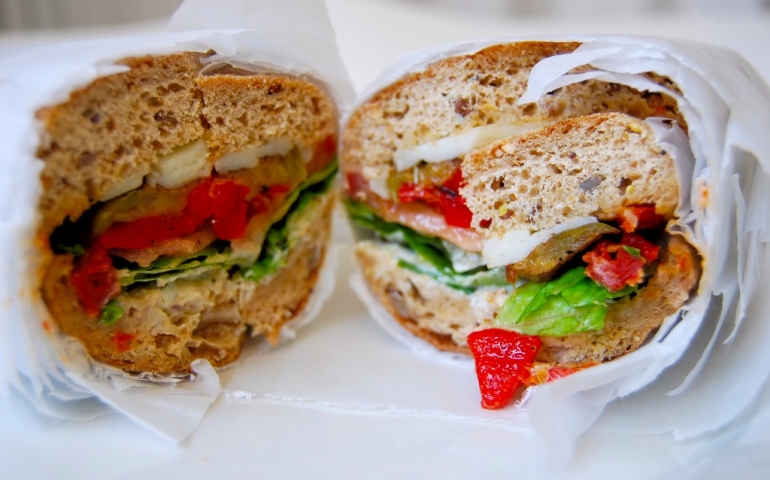 During the spring semester of last year, I watched a movie that influenced me to change my dietary habits. The movie I watched was Earthlings, a documentary in which the cruelty of humans toward animals was exposed, from the food market to the streets. After this viewing, I decided I needed to do something to impact the demand for meat, and the challenge of eating meatless meals began.

Living as a rancher’s granddaughter in Oklahoma, I was raised as an omnivore. I can’t think of the last time my family has sat down to eat a meal that doesn’t have meat in it. Despite the health benefits of eating less meat, it was and still is a difficult transition for me to eat only one meal with meat in it a day. But according to senior Grace Williams, it’s a great start to a better lifestyle.

“I started out only eating meat for one meal a day before I became a vegetarian,” Williams said. “So I think the idea of eating meatless meals is fantastic.”

Williams, a vegetarian since January of this year, still eats meat on occasions so as not to offend those who serve her a free meal. She isn’t even opposed to meat as a source of protein for other people.

“I don’t think that meat is unhealthy in and of itself, but I think most meat in SNU Dining and at fast food restaurants is prepared is a very unhealthy way,” Williams said. “This defeats the purpose of eating meat, in my opinion.”

Not only is the meat in SNU Dining prepared in an unhealthy manner, but also the choices for vegetarians and vegans on campus are limited.

“As a vegan it can be difficult to find variety,” junior Heather Finch said. “But the staff at SNU Dining is very helpful and friendly about it.”

Junior Amy Calfy, who is an omnivore like myself, believes that students taking the meatless challenge could affect change on our dining options on campus.

“I think what makes being a vegetarian or a vegan so difficult at Southern Nazarene University is because of the limited options at SNU Dining,” Calfy said. “If people began to experience what it’s like to be a vegetarian or a vegan by eating meatless meals, more people would ask for a variety of vegetarian and vegan food in the cafeteria; this would, in effect, make a positive impact on the dining experience for the whole campus.”

If you accept this challenge, vegans and vegetarians will definitely appreciate the effort you’re making.

“I think eating meatless meals is an important opportunity for meat eaters to understand and connect with non-meat eaters,” Finch said. “So I very much appreciate those who strive to take meat out of their diet.”

Are you up to the challenge? Let me know what you think in the comments section below.