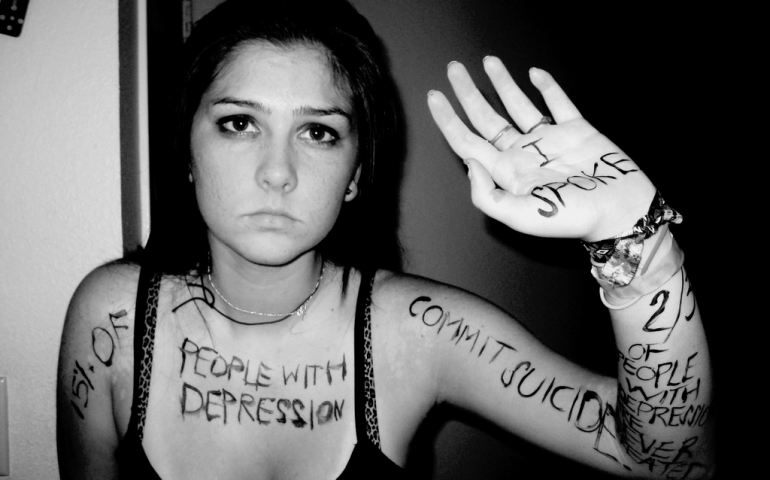 Your generation, my generation, is the most depressed generation the world has seen in a long time (especially its college students). With the growing use of technology and social media, the quality of personal relationships and self-esteem is dropping at an alarming rate. Young adults are showing more symptoms of anxiety disorders and chronic depression. To top it off, our country is in the biggest financial depression since The Great Depression. With all of these dark statistics it puts a lot of pressure on the next generation of parents. It is an overwhelming job to raise a child to be emotionally equipped for the future in normal circumstances, but now, in a time of scarcity and war, the task appears even more daunting. Fear not future parents! The realm of Psychology has some good news to share with you and encourage you in your efforts in protecting your children’s emotional health.

In April of 2013, 133 adults wandered into a clinic on Federal University of Sao Paulo’s campus in Brazil. Their ages ranged from 18 to 60 years of age. 71 of them had something in common that the others did not; they all suffered from Post Traumatic Stress Disorder (PTSD). PTSD is an anxiety disorder brought upon by a traumatic experience in a person’s life. Symptoms can include hallucinations of the traumatic event, avoidance of others, numbing of memories and hyper arousal. People suffering from PTSD are often hard to spot and good at hiding it from others. For this very reason, everyone met with a trained clinical psychologist to be diagnosed and then separated into groups. The researchers named the groups PTSD+ (Those with PTSD) and PTSD- (Those without).

After the researchers had sorted everyone out they, submitted both groups to a series of tests. The first test they used is called Parental Bonding Instrument (PBI). Its design is to assess the strength of the bond between the parents and the subject. The researchers now had the first piece of the puzzle. Next, they submitted the groups to MRIs and swab tests to measure the amount of cortisol in the subject’s body. Cortisol is a steroid hormone that the body releases to control stress levels. The results of both tests were very clear. The PBI helped show that there were significant differences between the two groups regarding parental bonding. Those subjects in the PTSD- group had reportedly less controlling and more affectionate parents than those of PTSD+. The rest of the tests showed that PTSD- had more cortisol in their system than PTSD+ did.

These results show that good parenting does make a difference in the child’s emotional health. Although it does not make the job easier, it shows that it is not all in vain. So, be encouraged and strengthened. You are going to make a difference for the future of your kids.

[author image=”http://echo.snu.edu/wp-content/uploads/2015/01/Me-with-headband..jpg” ]Christina Roby is a junior Psychology major who grew up in Indonesia. She is the youngest of four children and is now roommates with her sister Catherine. She recently became engaged to former SNU student Dustin Kimberly.[/author]

For more information on the sources of this article:

Posttraumatic Stress Disorder in Adulthood: A Case-Control Study. Plos ONE, 9(1),

Stanczyk, Alex (n.d.). Private Debt Is Much Higher Now Than During the Great