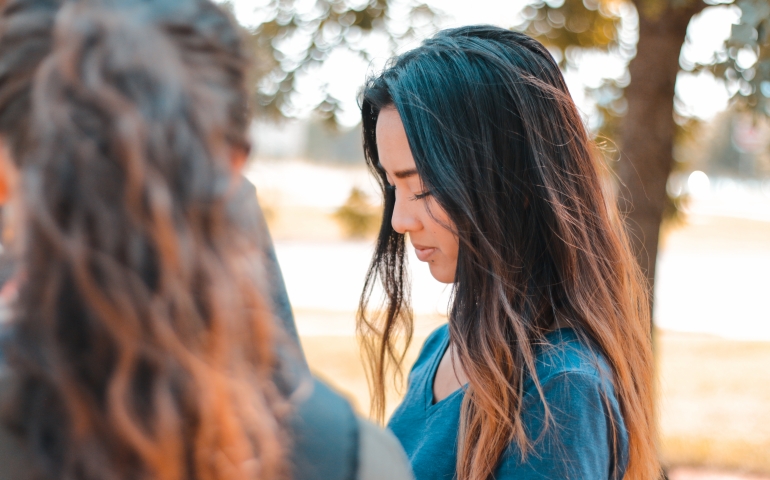 “We all come from somewhere. We all have a story. We all have dreams. We all have uncertainty of the future. But what if one day, those dreams that you clung to so tightly were literally taken right out of your hands? “

As Selene Gonzales mentioned in her article: A Dreamer at SNU on September 5, 2017, the DACA program put into place by the Obama Administration, was revoked.

In response to the removal of this program, on September 10th, hundreds of people, Dreamers and DACA supporters alike, gathered at the Oklahoma City Capitol to pray and share their stories.

El Camino OKC, is a Christian based organization that organized the event. Their mission is to support and assist undocumented people in the Oklahoma City metro. (El Camino Facebook Page)

Another local organization is: DAOK (Dream Act Oklahoma), which was established in 2009 with the vision of empowering the local immigrant community in Oklahoma through promoting education, civic engagement, and community service. (DAOK Facebook Page) For more information about DAOK and updates on local events, visit: https://daok.org/.

Besides the Prayer Vigil at the capitol, there have been prayer meetings held on our campus, as wells as solidarity rally’s at both OU and UCO.

To celebrate Hispanic Heritage Month, an annual festival: Fiesta de las Americas OKC, will be held on September 30th. According to information given at the Prayer Vigil, there will also be a time to recognize Dreamers. https://www.facebook.com/fiestasdelasamericas/

There were several SNU students and people connected to our community that attended the prayer meeting, but to get some further insight on the prayer vigil I interviewed my friend Stephanie.

Stephanie, is a 19-year-old Oklahoma City local, who attends school for Video Production at Francis Tuttle.

She is a Christian, friend, daughter, sister, photographer, videographer, and a Dreamer.

The Prayer Vigil had several different aspects. There was a platform for people to tell their stories, congregational prayer, and a prayer walk. The prayer walk consisted of stations to suggest who and what to pray for.

“One station would have a sign to pray for the families who have been affected and then another would have a list of senators and congressman.”

I asked Stephanie if she felt supported in her passion behind the cause. As follow up question I asked if there was any way that those outside of the DACA community can learn to better support people like her.

“I don’t want to put anyone in categories, but my friends and family from the Hispanic community understand what I’m going through, so naturally, I feel more supported.  Outside of that… besides a few people, no, not really. “

Stephanie said, the most encouraging thing we could do, is to “show other people like me, that you are with us.”

One thing for everyone, is to educate other people on DACA, because a lot of people don’t know about this. Common misconceptions are that people who are undocumented are criminals, steal jobs, or receive government funding. Stephanie said they receive no federal aid whatsoever. That means, applying for scholarships is almost impossible.

If you’re a student reading this, let that one sink in.

“I don’t really like to just come out and tell people, “Hey I’m undocumented.” I want them to get to know me as a person, I’m just like everyone else, except for that one word. I don’t need you to throw a pity party for me. I  just need you to be educated and realize there are 800,000 more of me, plus those who don’t qualify. “

A Note from the Author:

I am not a person of loud opinion. I do not concern myself with politics.

In all transparency and authenticity, I was nervous about taking this article. I told myself, I was not knowledgeable about DACA, in fact, I had never even heard of the program until two weeks ago. I was afraid of saying the wrong thing or not well representing the cause due to my lack of knowledge.

I claim to be a person of empathy; a person who feels the pain of others so very tangibly.

As I began having conversations with my friend Stephanie and other people on campus this week, I was sickened by my lack of knowledge over such a heartbreaking reality of dreams being put at stake.

The craziness about the divisiveness of the world is this one thing: We are all people. Despite our skin color, despite whether or not we were born in the US, despite our religion, and family orientation. WE. ARE. ALL. HUMAN.

Why do we overlook this one commonality?

The ONE commonality, that although we could not choose what we would come into the world facing, the Lord chose us.

So, whether the decisions our government has made in the past few weeks affects you or someone you know. Whether you were already are a supporter of DACA and aware of the changes being made or you were like me and no clue.

I encourage you if you fall in the latter category, to be educated. Ask the hard questions. Have uncomfortable conversations.