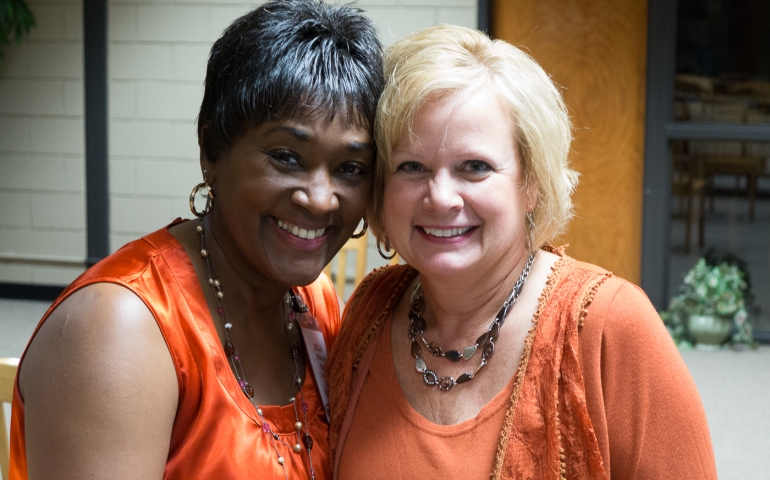 OK, so occasionally we all drive over the river and through the woods back to the campus of our sordid youth, which happens to be known by surviving classes as “Bethany-Peniel College” and “Bethany Nazarene College.” Through natural attrition (aka “homegoing”), however, “B-PC” is less and less frequently the destination of Homecoming.

Bethany-Peniel College was named in 1920 under the presidency of Dr. Archie Kay Bracken, who, himself, was named after a future cartoon character and his mother, Mary Kay. Dr. Bracken was not the last president born in the 19th century.

From 1928-1930, Stephen S. White filled the post while Dr. Bracken concluded his career as second basemen for the New York Yankees. He knew “the Babe” as George Herman, who I don’t think was ever the president of this university.

Hard times faced the nation and the state especially at this time. The New York Stock Exchange collapse had plummeted the country into The Great Depression, and Oklahoma’s untimely drought blew in the grueling and too often fatal Dust Bowl that was to last through most of the decade.

Coming to the rescue one morning during these dark days (literally) was the entire educational zone of B-PC in the form of a 16-car motorcade, delivering 17,091 pounds of food for the campus cafeteria, which lasted all the way to last night’s dinner — dust-free, I’m sure.

Most of today’s homecoming guests will enjoy an SNU basketball game in the state-of-the-art arena, the Sawyer Center. The successful basketball program began in the 1930s, but players had to wear long pants, not only for modesty’s sake but for the morality of “trifling with the world.”

(Do you remember the shorts basketball players wore in the l980s? They might as well have been wearing Speedos. Those immoral britches pretty much ended my career as a neighborhood driveway basketball icon in Yukon-home-of-Garth-Brooks. Children were not allowed outside if I was wearing my hot pink pants.)

The sole school bus of our college in the 1930s sometimes took B-PC students to Mexico to watch the bull fights. (The bulls were required to wear long pants as well.)

President Loren Gresham remembers the financial distress that plagued BNC in the mid-70s as the opening of Mid-America Nazarene College in nearby Olathe, Kansas, pulled 700 students from BNC’s population. Some faculty and staff worked without salaries for months at a time. It was nearly two decades before the school’s coffers stabilized.

In celebration of balanced books, a cabal of students traveled up I-35 in the middle of the night to pilfer the silverware and food trays from rival MANC. In retaliation, I think some MANC students snuck into Commons and stole all five copies of my book, “Giant Footprints,” the story of Tyrannosaurus Rex Tullis in his early years as a member of “Heaven’s Angels” motorcycle gang.

And now, SNU (see “The War of 1986”) is well into its second centennium (not a real word), and you’re here to celebrate all you’ve accomplished as alumni. Congratulations for all of those successes, and don’t forget your contributions to the general scholarship fund so your kids can celebrate their homecomings in a couple of decades.

(A lot of the facts of this column came from “From Many Came One, in Jesus’ Name,” authored by the father/son historians, Paul and Loren Gresham, 1998. A lot of the other column bits came from my mental illness.)