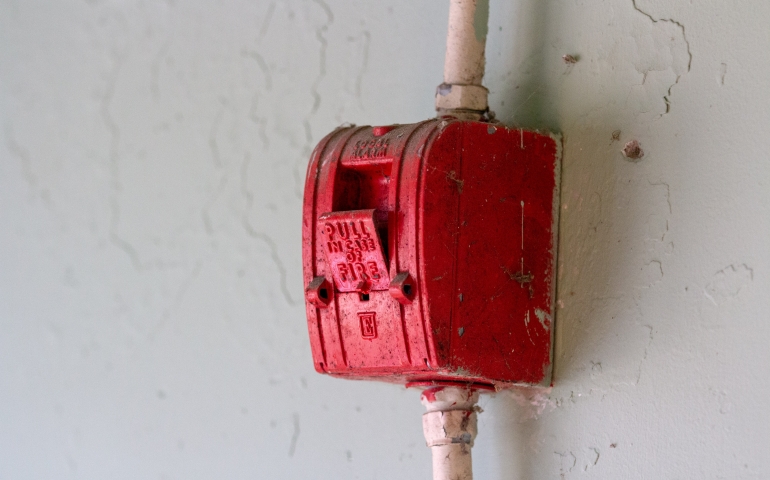 A.M. Hills is one of the newer dorms on campus and comes with many perks inside its walls. You can live in a 4-person or 8-person apartment-style room that comes with a kitchenette, lounge area and bathroom. These living styles give residents the introduction into what sharing or living in an apartment might be like. But there’s a catch with the building: some people say it’s haunted or cursed.

For quite a while in recent memory, it seems that the alarms have caused problems for students and faculty alike. The fire alarms are notorious for constantly and spontaneously going off at random times, whether it be at 3 a.m. while everyone’s sleeping or at 6 p.m. during dinner. New students are sometimes told by upperclassmen or left to figure it out on their own.

Ethan Castillo, a freshman soccer player, had this to say about the alarms going off and how annoying they can be: “When I first heard about the alarms, I wasn’t super happy that they would go off at 3 or 4 a.m…  They’ve gone off 3 or 4 times so far– they are super annoying to deal with. The sound is extremely loud and it kills your ears once you head out to leave the building.”

Take it from another freshman, Clare Simpson, a volleyball player at SNU, on how the alarms have impacted life in Hills: “The first time they went off, it was 3 a.m., and we stayed up until about 1, so we weren’t really prepared for it. I didn’t believe them once they told me at first that the alarms went off. Once they started going off, I realized how annoying they could be when we were sleeping and trying to do stuff.”

With a supposed fix on a loose wire that caused some of the alarms, residents of Hills are hoping this problem will be fixed for the remainder of the school year. But with the mystique around the fire alarms, we will see how long this ‘fix’ lasts in the dormitory.

(Photo by Dave Phillips on Unsplash)