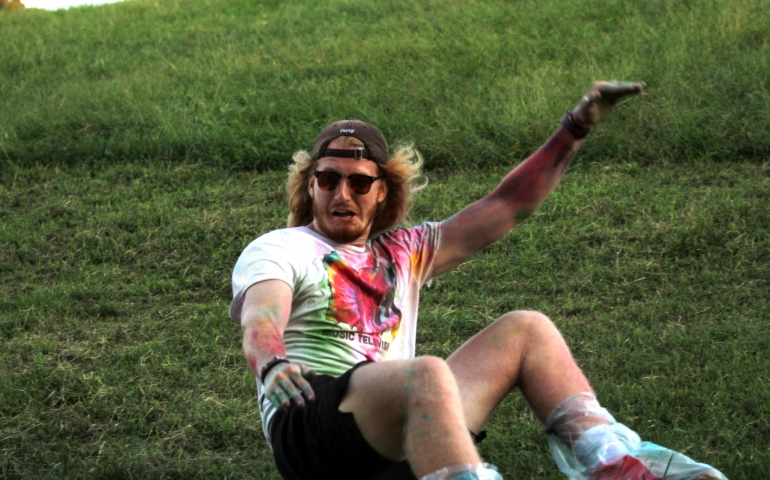 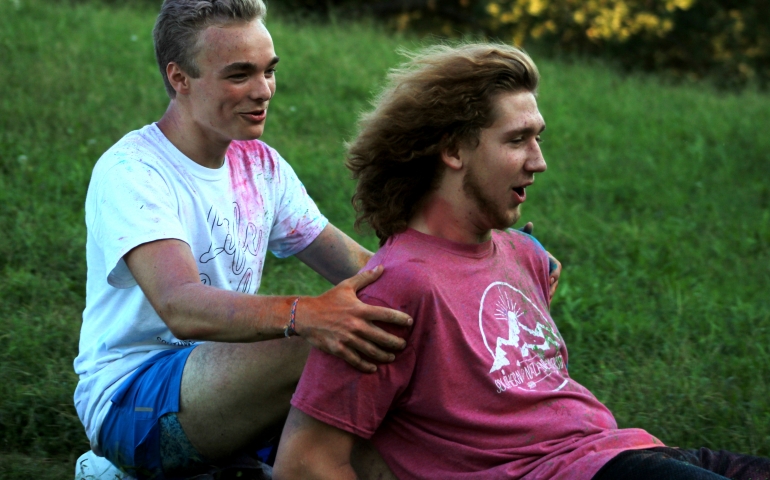 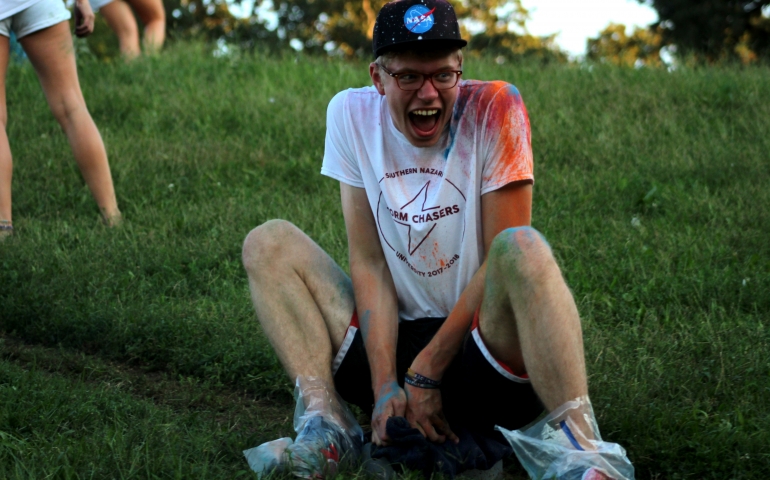 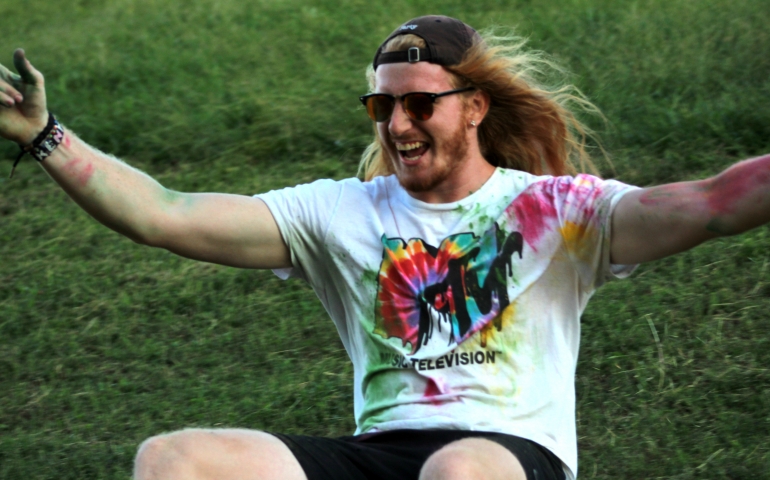 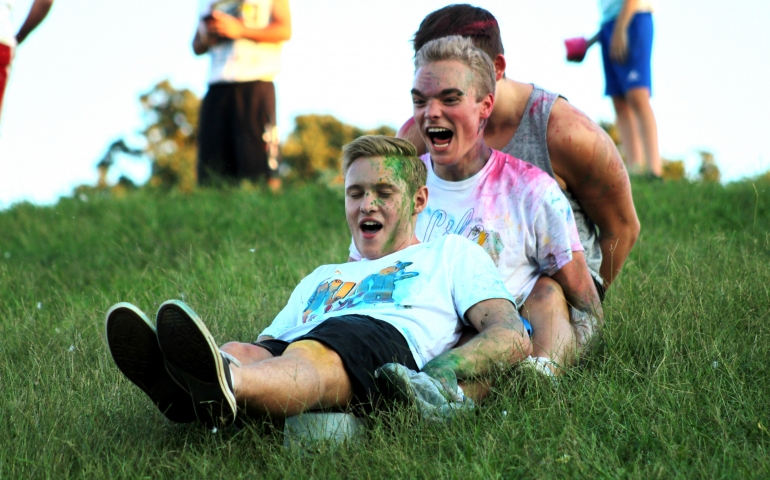 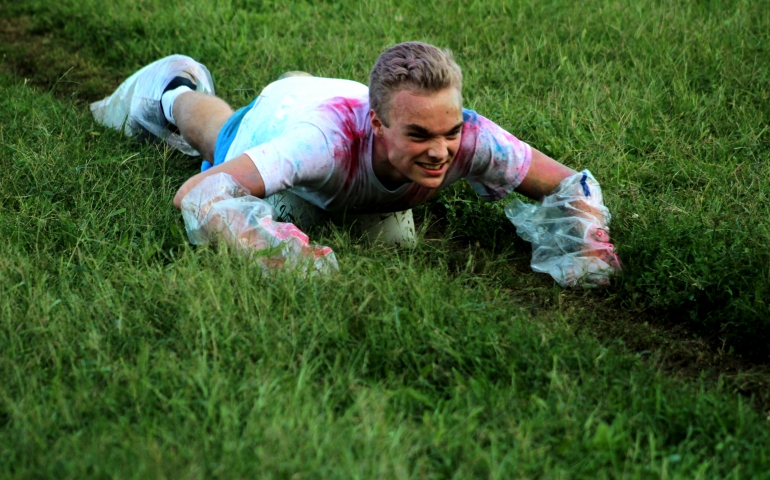 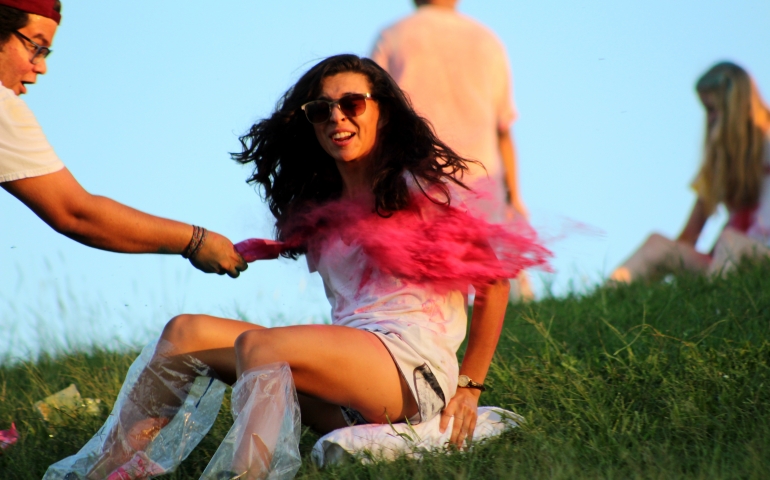 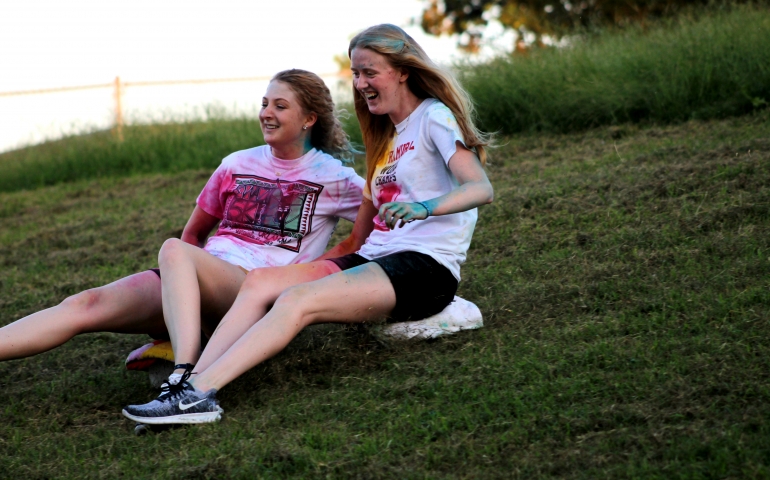 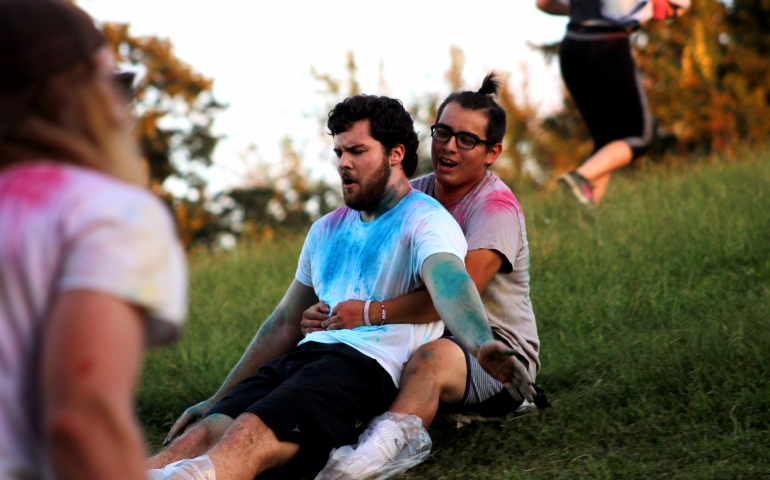 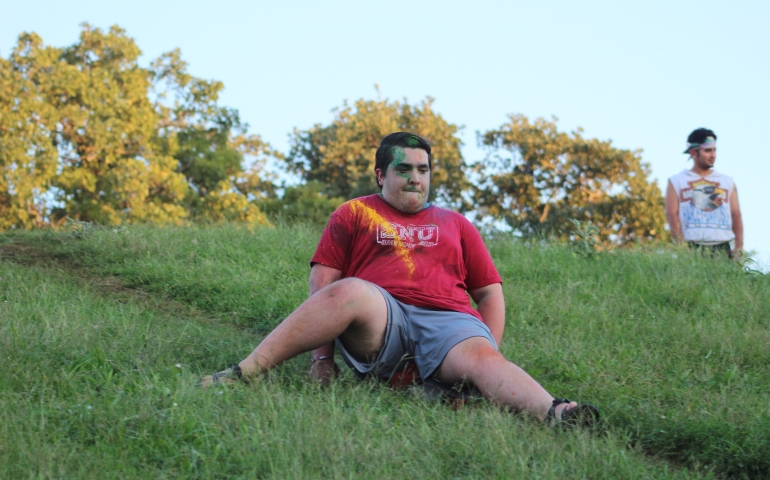 On Sunday, September 16,  Southern Nazarene University’s (SNU) Ice Blocking event at Eldon Lyon Park was a huge success. Similar to how it sounds, Ice Blocking is simply riding a block of ice down a hill. With snow cones and music along with the ice blocking, there was fun to be had everywhere– SGA even brought out powdered paint to throw at those who were participating. By the end of the night, everyone was covered with at least one color of paint, and for most, there were several colors thrown at them. Through trial and error, most everyone began to get the hang of how to ride the blocks of ice; however, the learning curve typically included falling off the ice block occasionally in very dramatic and fun ways to watch. This year’s Ice Blocking event was definitely one to remember.