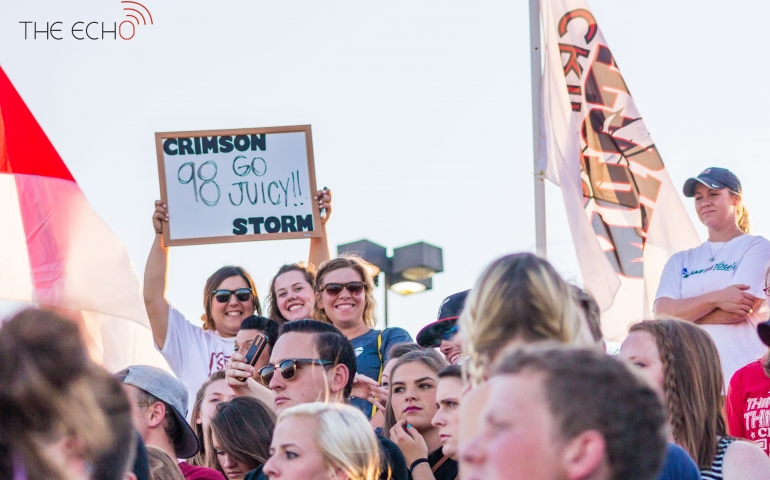 This weekend Southern Nazarene University’s football team endured a piercing defeat to Arkansas-Monticello, leaving our team 0-6 just over halfway through the season. With games against Southwestern Oklahoma State, Henderson State, Ouachita Baptist and Oklahoma Baptist in the coming weeks, much of the student body remains optimistic. Michael Vierow, a junior here at SNU, agreed.

“Despite the team’s losses, our school still believes that we can pull through and improve.”

As traditional students, friends and/or family, the greatest thing we can do is show our support, both at games and on campus. After all, they are athletes as well as students. Lauren Toney, sophomore, concurred by sharing her own experience as a student athlete.

“Being a student athlete, I know what it’s like not doing as well as you hoped or not having the support from your own peers,” Toney stated. “To me, the football team doesn’t get enough credit for the energy they put into this team day in and day out. I feel like there is too much tearing down and not enough building up from the student body. After all, the football players are the ones out there putting in all the hard work and having to endure the loss directly, not us.”

Summer Howard, a junior, had a similar opinion.

“I think it’s important that we all realize-myself included-that the guys on the football team are not trying to lose,” said Howard. “It’s probably extremely frustrating to keep being defeated after working so hard to win time and time again.”

If there is one thing SNU tries to solidify in our minds, it is the importance of character, culture and Christ. So, the question remains: what would SNU sporting events and the SNU community look like if we really embodied that? Would we rather be critical and pessimistic about defeat, or rally alongside the team made up of our classmates and friends, who continue to make every effort to improve?

Theodore Roosevelt articulated it best when he said, “It is not the critic who counts; not the man who points out…where the doer of deeds could have done them better. The credit belongs to the man who is actually in the arena, whose face is marred by dust and sweat and blood; who strives valiantly; who errs, who comes short again and again, because there is no effort without error and shortcoming; but who does actually strive to do the deeds…and who at the worst, if he fails, at least fails while daring greatly.”