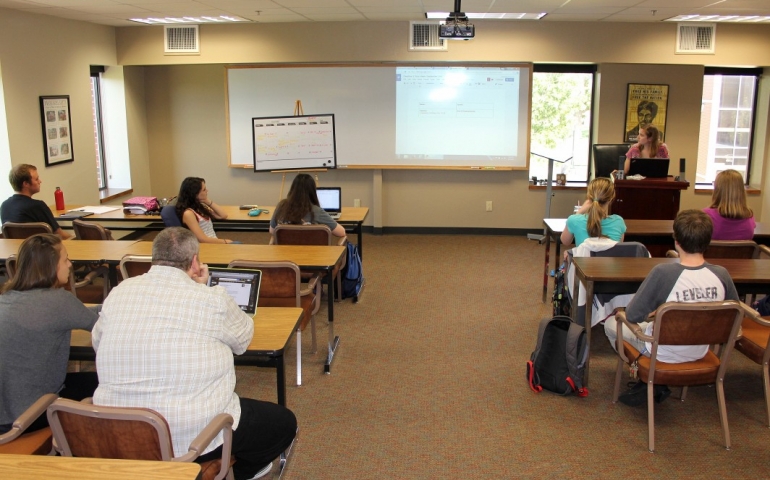 Many students wonder what they can learn from writing one story a week for the newspaper per semester. Being the elected Echo Editor-in-Chief for next year and a staff writer/guest contributor for three consecutive semesters, I can tell you from experience (with a little help from others) that the answer is a lot.

First of all, you learn that academic writing is NOT the same thing as newspaper writing. Trust me—as soon as you turn in an article that begins with some cliché quote, the content editor will run screaming from the room. Besides, as soon as the average person is done with schooling, most tend to avoid anything that reads similar to an essay like the plague.

News writing is also NOT blogging. The editors do not want an article filled with the exact details of one day in your life, nor do they want a lengthy report of what you learned from your most recent breakup. (The previous sentence is one you should probably keep in mind for life, not just for writing with the Echo.)

As far as people skills go, the Echo is the place to learn how to get over your shyness. I talked to Head Photographer Alina Scott on the subject.

“In the Echo, you have to interview two people for each article you write,” said Scott, sophomore. “So one of the things you learn is to not mess up the names of the people you’re interviewing; otherwise, it gets awkward.”

If you want to learn how to channel your “inner nerd” and make fantastic memes, Scott offered some sage advice.

“Join the Echo,” said Scott. “No matter how nerdy I was before I joined the Echo, I met and got to know people that are way ‘nerdier’ than I am.”

Along with how to interact with nerds, you’ll learn that what you think is criticism from others is actually just…well, criticism.

All joking aside, however, the Echo is a great way to find your voice on campus and learn skills that are truly necessary for life.

“I learned that I can be a leader,” said Fisher. “Sometimes it’s good to challenge yourself even if it’s awkward and uncomfortable, and that’s one of the things that the Echo helped me do.”

The Echo meets on Tuesdays at 5pm in Herrick 228.

(Author’s Note: This article is not intended to be taken completely seriously, nor is the article intended to offend any reader in any manner. It is purely for the entertainment and knowledge of the SNU community.)

[author image=”https://drive.google.com/thumbnail?id=0BzUPfa-vNtHwN2RXSGN1NDRxYjA&authuser=0&v=1409347068124&sz=w1248-h559″ ]Summer Howard, Guest Contributor and 2015-2016 Echo Editor
Summer is a sophomore English Education major and Christian romance author from Yukon, Oklahoma. Her first book, No Matter What, was published in September of last year. She is currently working on her next book while attending Southern Nazarene University. [/author]