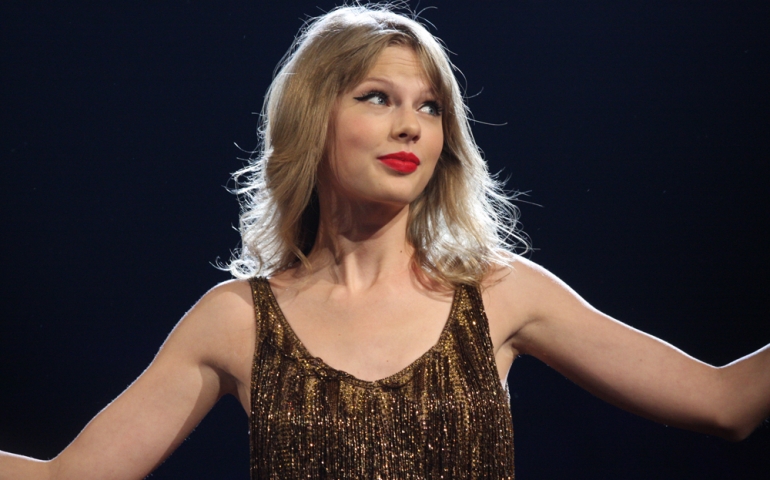 Whether you adore Taylor Swift or despise her, one cannot deny her ability to remain in the spotlight. Right when we think Swift is done evolving with her music and image, she does it again with her new single “Look What You Made Me Do.”

A lot of conversation has revolved around Taylor’s new single, sound and image. In “Look What You Made Me Do,” Taylor proclaims a new age for herself in saying “I’m sorry, the old Taylor can’t come to the phone right now. Why? Oh, cause she’s dead!”

I sat down with two students to get their thoughts on T-Swift’s new song. The first was Brookelyn Crouch, a sophomore Theology and Ministry major who has studied music and has a self-proclaimed “doctorate in Taylor Swift.”

Crouch has liked Swift’s early work, but has loved her progression into pop: “I have loved her evolution; she is not afraid to change.” When asked about Taylor’s new song, Brookelyn said, “It was another step in growing as a musician and finding her place in the music world.”

Bethany Vierow, a Junior Theology and Ministry major, has followed Taylor Swift from her start. Vierow does not share the same view as Crouch.

“When I first heard Taylor Swift’s new song, I was disappointed. I would have described it as a piece of garbage.” Vierow was annoyed when she first heard the song and did not want to hear it again.

I then asked both Vierow and Crouch to read some of Swift’s lyrics from her new song and tell me their thoughts. The first lyric read as follows: “Honey, I rose up from the dead, I do it all the time I’ve got a list of names and yours is in red, underlined I check it once, then I check it twice, oh!” Vierow said, “My first thought was, Santa Claus? These lyrics are not great. They just display more garbage.”

When asked about the same lyrics, Crouch said, “I get this concept of a phoenix rising from the ashes. As people, when we get thrown down, we have to get back up again.”

Vierow, being a loyal Taylor Swift fan, has become more fond of the new song. “I listened to it again and it started growing on me. Then I saw the music video, and I still don’t love the song, but the music video is brilliant, so paired with the song it makes it a lot better.”

One thing is clear from Swift’s new song: she is not going to take criticism sitting down. She will throw shade and take shots at those who do the same to her. Taylor is not shy in saying she knows her shortcoming but careful because “Maybe I got mine, but you’ll all get yours.”