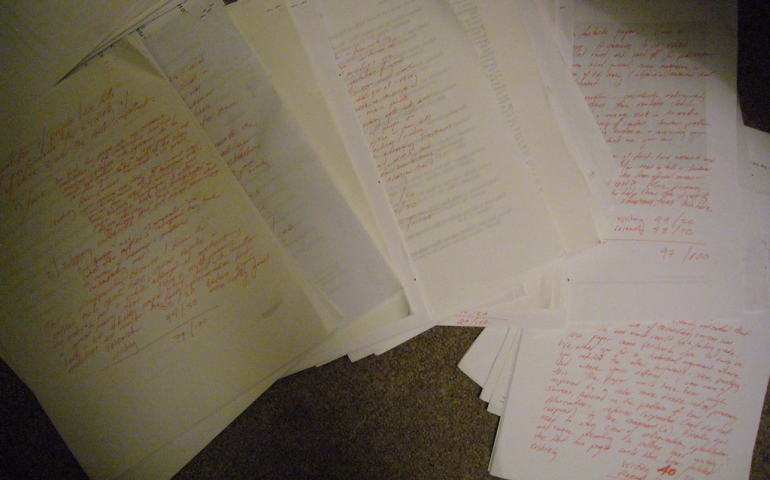 For several years now, students at Southern Nazarene University have been wondering why the A- grading system was put into place. Although several articles were done on the subject around the time of the system’s implementation, no one has explained to current students the reason behind the change. With the question being raised again more recently, The Echo decided to investigate the matter again.

In November of 2000, the academic council convened to discuss important decisions for the following year. One of those decisions involved implementing a new grading system.

“I was the Director of General Education at the time,” said Dr. Gwen Hackler. “At the time, our graduate programs were beginning to expand. To gain respect for these programs, many faculty decided that our best option was to implement the A- grading scale.”

The debate soon expanded to include the undergraduate programs.

“From what I can recall, the science faculty members were the ones who argued for the change campus wide,” said Dr. Hackler. “This was because many students in the sciences wished to go on to medical school or some other high-achieving graduate program. The science faculty felt that a plus/minus grading system would help their students “stand out” when graduate schools compared SNU students’ GPAs to students from other universities.”

Some students are curious as to how the plus/minus scale could help them get into a graduate program if universities cannot see the grading scale of their undergraduate university. This is solved by the fact that Southern Nazarene University’s grading scale is on the back of each official transcript. However, there are a few more things that need to be made clear about the scale.

“As I remember it, the plus/minus grading system for undergraduates was put into place with the understanding that it was an option, not a requirement,” said Dr. Hackler. “It was merely supposed to be a tool faculty could use if they wanted to help their students get into a graduate program.”

The issue passed soon after the academic council meetings suspended, and in July 2001, the A- grading system was implemented. Still, not everyone is pleased by the grading system, even after knowing the reason behind it.

“Regardless of whether or not the grading system has plusses and minuses, it is not very useful in my opinion,” said Laura Quevedo, junior. “I don’t think it should be based on a “checklist,” or a practical grading method that measures procedures and how well a student achieves these. Instead, I believe our grades should be based off the content and knowledge we have gained from our courses.”

Whatever the position a student or faculty member takes on the issue, it is clear that this grading system is a concern of many on campus.