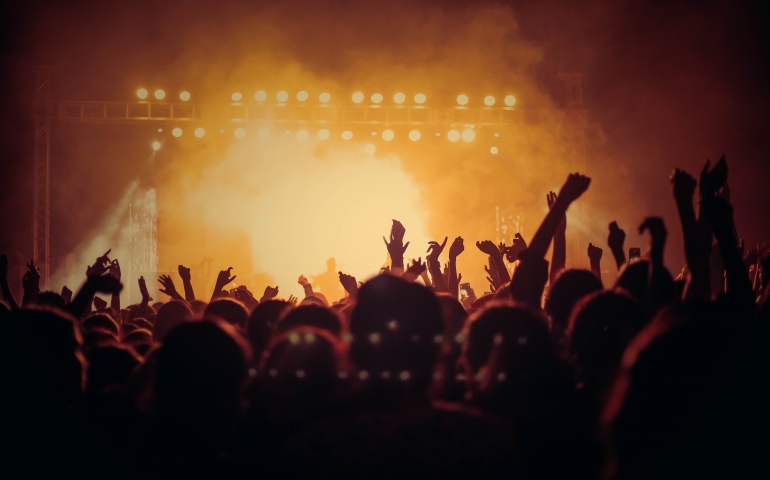 Over fall break, I had attended the NF concert at the Criterion in Oklahoma City. For those who don’t know, NF, or Nathan Feuerstein, is a rapper, singer and songwriter. He has a similar style to rappers like Machine Gun Kelly and Eminem, minus the swearing and degrading themes. He also writes all of his own songs and much of his discography are true stories about the many struggles he’s experienced in his life.

I’d like to preface with the clarification that I was not a huge NF fan when I first walked into the venue. I knew only a few of his biggest hits before attending the concert. My friends were definitely much bigger fans than me, but I think it’s safe to say that I left the venue just as big of a fan.

Something that stuck out to me the most was his performance and stage presence. In comparison to the other rap concerts that I have attended, NF definitely put his all into this performance. He wasn’t just walking back and forth on stage and having the crowd jump up over and over again, he actually performed his songs with the passion he has for them. Since he writes all of his own lyrics and the songs are so personal for him, the concert felt genuine and real. It was refreshing to see an artist pour out his heart on stage with lyrics that clearly mean so much to him and his fans.

It was also interesting that he used props and visuals that corresponded with each song. It’s another aspect of his show that I think set him apart from his competitors. I’m used to seeing rap concerts with an abundance of strobe lights and smoke but nothing else to visually represent the lyrics and music. I loved that NF used these elements throughout his show. For example, in his song “Nate,” he is having a conversation with his younger self, so he sat across from an empty chair for the performance of the song. In his song “Outcast,” he talks about how he feels trapped– naturally, he was in a giant cage for that song. If he wasn’t using props to convey a message, he was using visuals. These elements took the songs to a deeper level and made the concert much more interesting.

Even though I could barely see over the shoulders and heads in front of me, this concert was one of the best I’ve been to. The passion NF has for his music is what made it such an amazing experience. Without that passion, I think the authenticity would have been lost, and I don’t believe any thought would have been put into visual components. With all of this, I definitely recommend that everyone pick up a ticket when he comes to Tulsa in April, or at least give his music a listen, especially if you’re looking for honest and raw lyrics that tell a story.