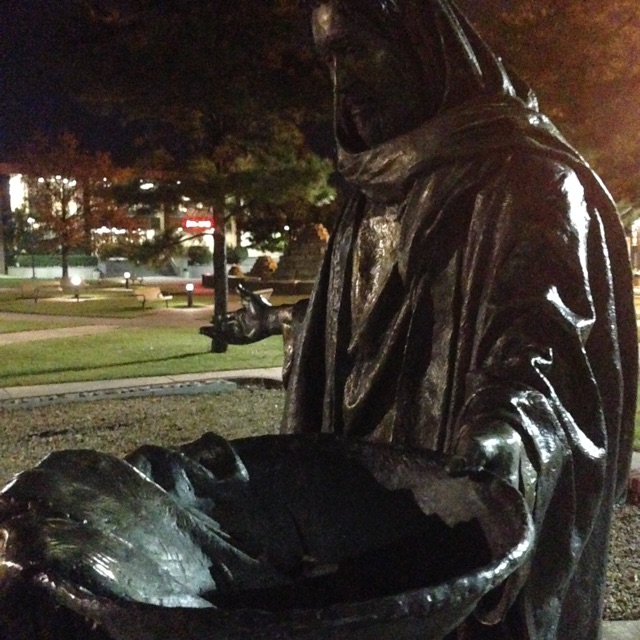 Our Father who art in Heaven, hallowed be your name. Your kingdom come, your will be done, on earth as it is in Heaven. Give us this day our daily bread, and forgive us our debts, as we also have forgiven our debtors. And lead us not into temptation, but deliver us from evil.”

Some may start their prayer time with this prayer, but others start it with a prayer for someone else in mind. The SNU Alumni prayer team is a group of people who go out of their way to do just that.

“I was contacted by Kendra Loper late summer of 2013. She said that she felt that God was leading her to have a group of alumni pray and wondered if I would help,” said Claudine Henry, originator of the Alumni Prayer Team, about how the prayer team started. “I met with her the next week and the prayer team was started just a few weeks later – I think late August. The basic idea is that alumni and students can send in confidential requests and know that their prayers are being lifted, by name, to God.”

Praying for alumni, students, and faculty is what the Alumni prayer team does every Wednesday.

“[We meet] every Wednesday at noon on the second floor of the Marchant Center. Anyone is welcomed to join in on the prayers,” said Rick Green, another member of the prayer team.

“We also have a Facebook group. Look for the SNU Alumni Prayer Team. It is a closed group so you do have to request to be added. Beginning in January, we will be sending out monthly and/or weekly requests that are specific to what is happening on campus and also for staff and faculty,” said Henry.

The prayer team is made up of more than just Claudine and Rick.

“It varies from week to week. We started with three and have had as many as five. Almost always, Rick Green or I are present. It is open to anyone who longs to make a difference with their prayers and who loves SNU,” said Henry.

The amount of people who make up the team is not as important as the reason for why the members are there.

“If you are answering the call to a ministry of prayer then you can’t bother yourself with who is or who isn’t there when you are praying. Your number one concern is to pray. After all, Jesus said it is where just two or three are gathered,” said Green.

The team is also asking that alumni, faculty, staff and students set their clocks for Wednesday noon and pray at the same time they are. They want it to become a habit to pray for the school.

When one does something over and over, it begins to have an impact on him or her because of the repetitiveness of the action. This happens to the members of the prayer team.

“I gain two things from being a part of the team. I gain a sense that God is listening and answering our prayers, which is the promise of scripture. I also gain from being part of the team that makes SNU community work,” said Green.

Henry believes that prayer is the most important thing we do as Christians.

“Praying for SNU, a place three generations of my family have loved, is an honor. I have history here. Being a part of the prayer team allows me to still feel a part of its mission,” said Henry.

In all tasks, there is an important factor or part of that task that makes it worth doing.

“People need prayer and want to be prayed for. Having the team gives them an opportunity to express their needs. We pray for all kinds of needs ranging from failed marriages to financial needs. It seems there is always someone in the nursing program that is facing a difficult exam. We’re gladly praying for each and every one,” said Green.

“For me, the reason I do it is because I believe it works. Prayer changes people and circumstances. It can change this campus. It is a mystery how it works, but God allows us to partner with Himself in this work called prayer,” said Henry.

Green’s favorite part of being in the prayer team is that they are responding to the need of prayer in the campus community.

“I love SNU and I feel called to prayer. For me, it is an easy combination to put together,” said Henry

Participating in a task such as praying can affect one’s spiritual, physical and emotional wellbeing.

“Spiritually, it requires that you have a relationship with Christ, a belief that prayer makes a difference and a burden and love for Southern Nazarene University. Physically, it takes an hour out of your week. Emotionally, some days, it can break your heart. There are many hard situations and struggles that both alumni and students are facing. However, knowing that we are helping carry their burdens gives us a great sense of purpose and promise,” said Henry.

Along with Henry, Green agrees that it takes a sincere belief that prayer actually makes a difference. “No use in showing up if you don’t honestly believe that prayer works,” said Green.

“I can’t speak for everyone else, but there are many weeks when I carry the requests home. They stay with me and I pray for them often [and they leave] a burden in my heart,” said Henry.

Henry sums up her love for being a part of the team with a quote from Watchman Nee that reads, “Our prayers lay the track down which God’s power can come. Like a mighty locomotive, his power is irresistible, but it can’t reach us without rails.”

[author image=”http://echo.snu.edu/wp-content/uploads/2014/10/533092_3891782345524_1597660129_n.jpg” ]I’m Ashlynn McGuire and I am majoring in Psychology. I am the kind of girl who would rather write down her thoughts, memories and emotions. Being able to understand people through explanations in my major helps me describe those thoughts memories and emotions. I also love hanging out with friends and reading a good book to occupy my free time![/author]