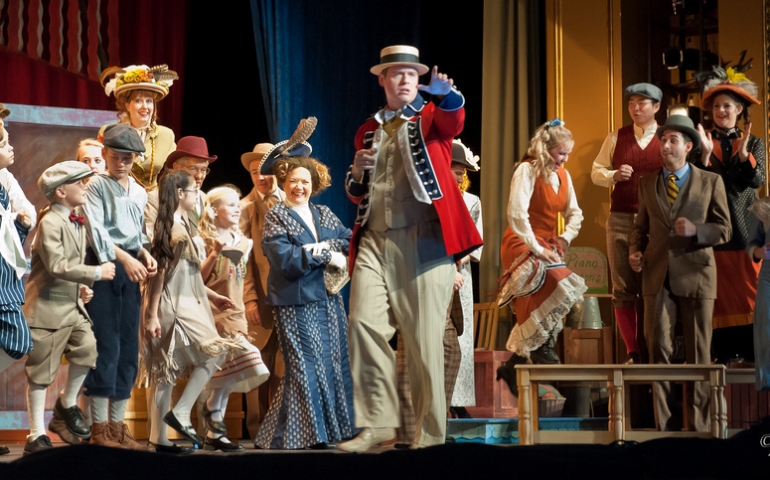 We all know the feeling: you finally get a few hours to yourself, but you can’t catch up on sleep or go anywhere. Or, if homework is in the way, you want something you don’t necessarily have to pay attention to in order to fully understand. So, you decide to find a movie that will make you laugh or relax. The problem is, you don’t know what to watch, and you don’t want to start another TV show, as you have too many you’ve invested in already. Here are a few old movies that will entertain you for short periods of time and make you laugh, cry and sing along the way.

1.”The Music Man”-A personal favorite of mine, “The Music Man” was originally released on film in 1962 by Warner Bros. Entertainment and won an Oscar and several Golden Globes. Starring Robert Preston and Shirley Jones, the musical is about a con man who goes around selling band instruments and uniforms to unsuspecting rural Indiana towns, and finds himself in a disastrous mess when he falls in love with one town’s librarian. The plot has comedy, romance and a fantastic score. You’ll find yourself singing “Madame Librarian” for hours afterwards.

2.”Anchors Aweigh”-This 1945 film musical stars Frank Sinatra, Kathryn Grayson and Gene Kelly in a story about two sailors, Clarence (Sinatra) and Joe (Kelly), on leave from duty who fall in love with the same girl. Also the winner of one Oscar, “Anchors Aweigh” has you amazed at the musical talent displayed by almost every character, laughing at the antics of Clarence and Joe, and rooting for a happy ending.

3. “The Sound of Music”-Starring Julie Andrews, Christopher Plummer and Eleanor Parker, this musical about a real-life Austrian family in World War II has romance, suspense, and important lessons about family and doing what you are called to do. Released in 1965, it won five Oscars and two Golden Globes. It is also another one of my favorites.

4. “Carefree”-Nominated for three Oscars, this 1938 film stars Fred Astaire and Ginger Rogers. Dance numbers and music are sprinkled throughout this romantic comedy about a young lady falling in love with a psychiatrist. This movie will have you laughing and wishing you knew how to dance as well as Astaire and Rogers.

Have any more old movies that should be on this list? Leave a suggestion in the comments section below or send me an email at suhoward@mail.snu.edu.