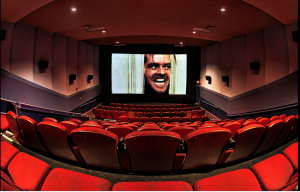 Not going anywhere during the summer? Not doing anything exciting? That’s fine, there are more than enough action packed adventures coming out this summer.

– Godzilla: This is the classic tale of humans creating our own destruction, and there is sure to be a lot of it. This movie sports some serious graphics and some well known story lines.

– X-Men First Class: Days of Future Past: The X-Men are back, or are they forward? Either way they must try to save the world… again. This movie stars some of the most well known x-men along with some new guys for an intense action-packed, time-travelling movie.

– Edge of Tomorrow: What to do when you not only know that a fight to save the world will fail, but you have experienced it… multiple times. This movie looks like a combination of Groundhog Day and Source Code but with Tom Cruise and a war against aliens.

– Maze Runner: A boy wakes up without any memory in a maze that is inescapable and contains deadly creatures. To make matters worse, a girl arrives with knowledge of his past. This has a Hunger Games feel to it. Aside from that, it looks like it will contain less blow-people-up violence and more of the hunter-prey style.

– Guardians of the Galaxy: A band of unlikely individuals is thrown together to accomplish a task. This Marvel movie looks like it will be a bit more of a comedy than the past several movies, but action is still guaranteed.

– Jupiter Ascending: A cleaning lady on Earth discovers that she is alien royalty. Now all she has to do is survive long enough to claim Earth as her own so it isn’t harvested and destroyed in the process. This movie is also packed with action and some fairly stellar graphics.

– Earth to Echo: An alien crash lands on Earth and is befriended by a group of children who try to protect him from not so friendly adults. Imagine that E.T. wasn’t a creepy looking alien and had really cute eyes. Aside from that, this movie seems it will be just like E.T.

– Dawn of the Planet of the Apes: It has been eight years since a virus that wiped out humans and increased intelligence in apes was released. Now humans have finally banded together, and they don’t like the idea of being ruled by Apes. This movie will have an interesting angle on the post-apocalypse. Instead of zombies, try really smart and super strong Apes.

– Transformers: Age of Extinction: It has been years since the alien race known as the Transformers were wiped out by humans. But what do you do when Optimus Prime shows up in your garage along with a government contingent looking to kill him? This transformers movie has a rather high bar considering none of the main human characters are present, and audiences have already seen these graphics three times.

– Amazing Spiderman 2: This sequel has Peter Parker trying to weigh the pros and cons of Spiderman. To help him in that decision are three classic villains: the Rhino, Electro and the Goblin. This movie would be epic even if it only had one of the villains. Considering there are three, along with the graphics to finally pull them off, this movie will be an action overdose with a large concentration of awesomeness.