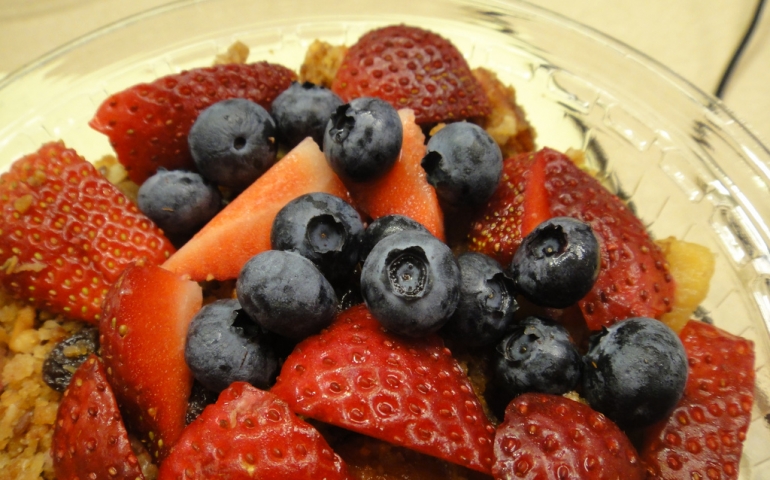 Have you ever wished SNU had to-go breakfasts? As somebody who does not consider herself much of a morning person, I know the struggle of waking up in time to get ready and arrive at class or work with an adequate breakfast in hand or in my stomach. For several SNU students, the feelings are mutual.

“One does not simply wake up at 7:00, take a shower, get ready and have enough time to eat breakfast in SNU Dining before an 8:00 class,” said Joshua George, sophomore, with a little Lord of the Rings humor. “It just doesn’t work.”

Some might argue that SNU does in fact have to-go breakfasts; after all, Pop’s has a plethora of milk, coffee, yogurt, etc. on hand for breakfast. However, these items are charged to our flex accounts, which went from an allotted $200 each semester to $125 at the beginning of the 2014-2015 academic year.

“I consider it a problem that the easiest way to get breakfast means I have to use my flex money,” said Caleb Siems, junior. “I would like to be able to grab a muffin and some milk/yogurt to eat in the mornings, but I generally don’t want to spend too much flex on breakfast food.”

When I suggested the idea of to-go breakfasts that could be charged to our meal plans and included items such as a biscuit, yogurt, milk, fresh fruit, etc., Siems was extremely enthusiastic about the proposal.

“This would be an excellent idea that would enable students to be able to grab some breakfast quickly instead of either skipping breakfast or eating really fast,” said Siems. “If this happened, I would be more likely to eat breakfast.”

While George agrees that the to-go breakfasts are a good idea, he believes that they should only be served in one place.

“I feel as if upstairs would be the best option for these meals,” said George. “I normally go to SNU Dining for food anyway, and so it would be nice to simply grab a warm meal from upstairs on my way to class instead of sitting down to scarf down a bowl of cereal.”

Siems voiced a similar opinion on where the breakfasts should be offered.

“Upstairs in the Commons would probably make more sense, since it is generally faster to get a to-go lunch in SNU Dining than in Pop’s,” said Siems. “That being said, having more options is always smart; it would be nice to be able to buy a to-go breakfast in Pop’s and eat while I wait for my coffee.”

If you agree with the idea of to-go breakfasts, then start talking about it with your friends and leave comments underneath this article. Who knows? We may just revolutionize breakfast-eating here on campus.