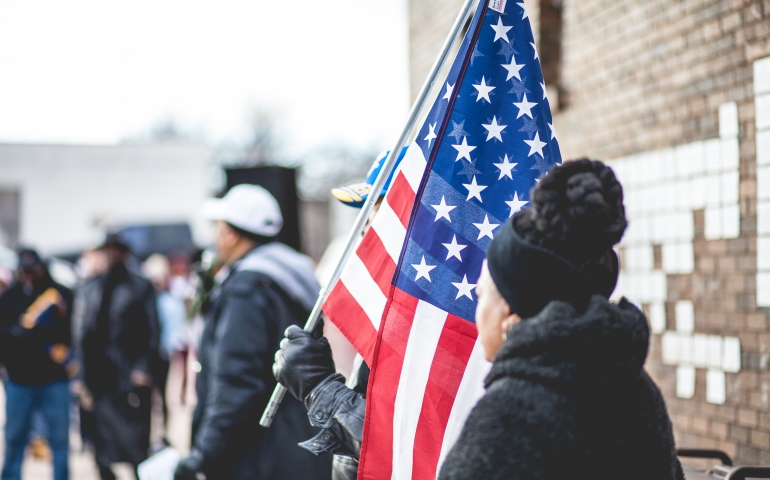 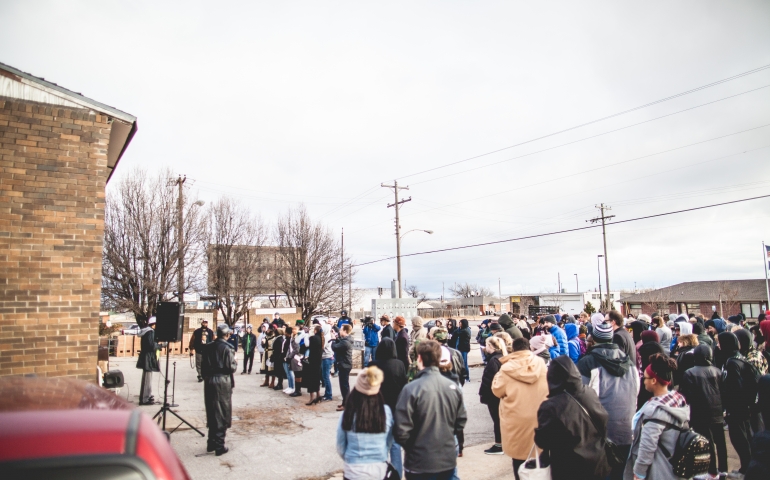 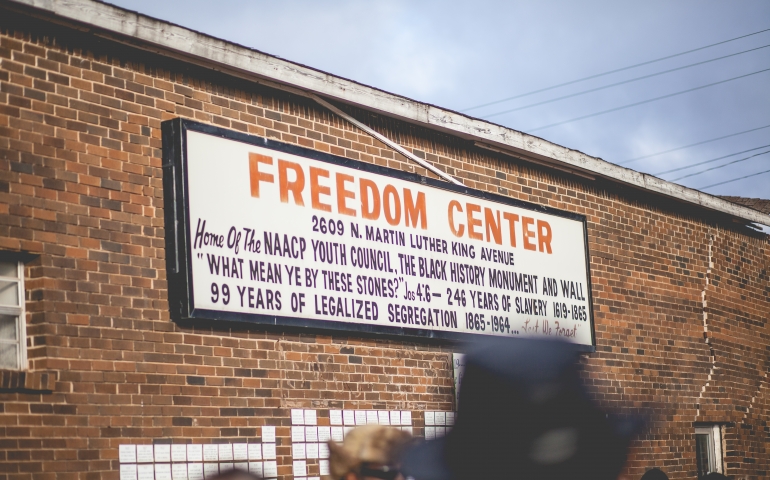 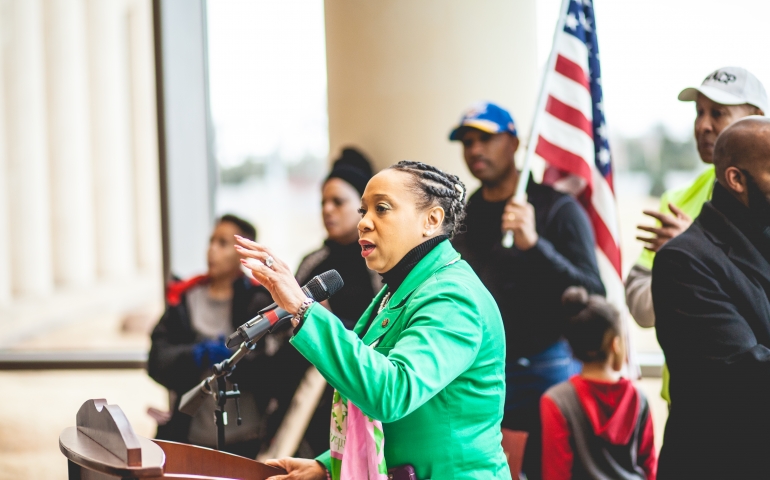 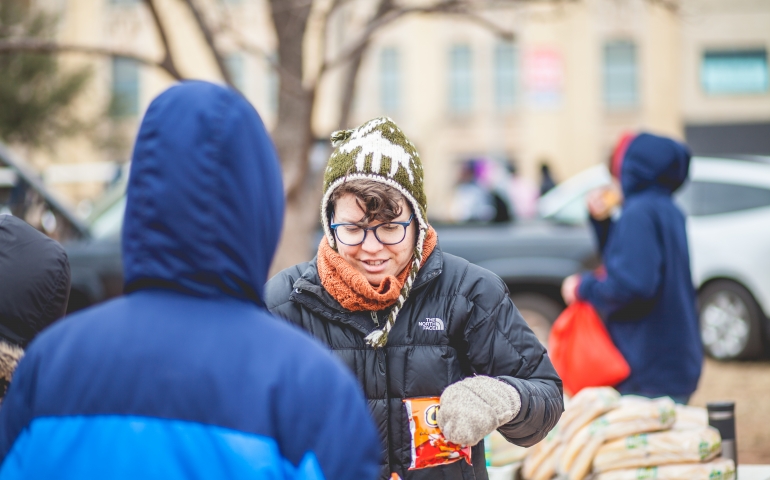 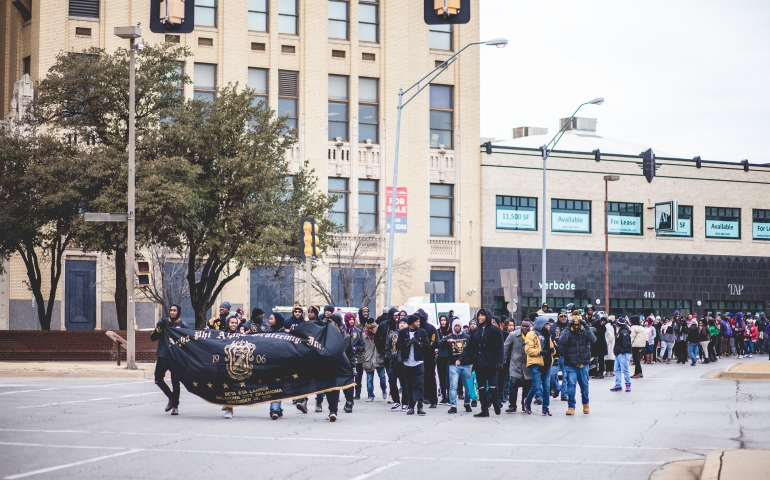 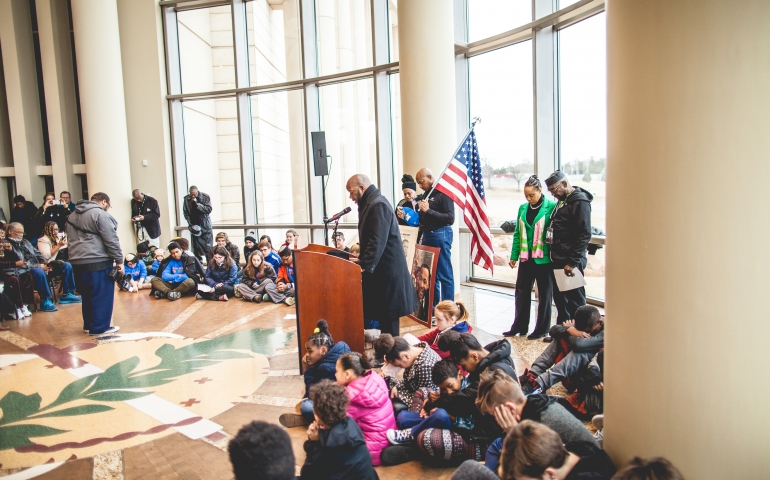 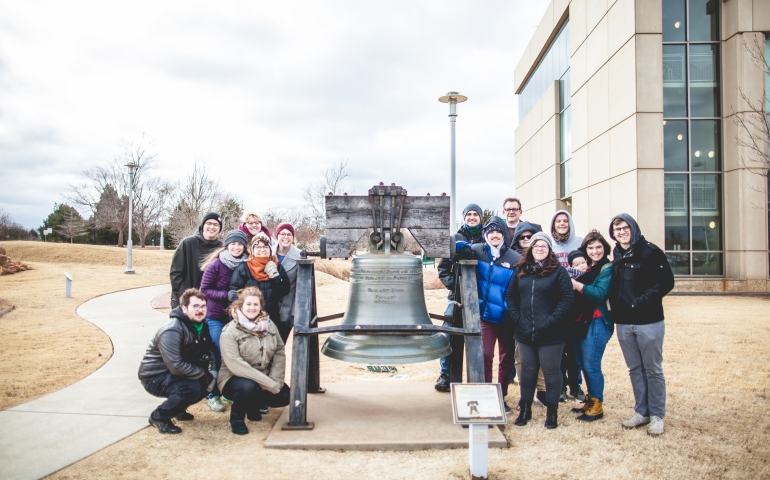 On Monday, January 15, Southern Nazarene University (SNU) students celebrated a day full of diversity and inclusivity by participating in Oklahoma City’s MLK Day activities. Beginning with a silent march and ending with a parade, SNU students’ participation in these activities represents the ways in which our community can stand in solidarity with the marginalized and participate in the remembrance of the legacy of Dr. King and those he fought for.

Dr. King called all people, and in particular Christians, to a higher standard of living, choosing to fight for basic human rights through a message of equality and hospitality. It is this message that continues to inspire the marginalized to persist in fighting for their rights and calls Christians to fight alongside them. Through the means of a unifying silent march, SNU exemplified a body of hospitality.

Abi Berkley, a student at SNU, attended the march and was deeply impacted, stating, “I knew we were there out of solidarity… as a future follower of MLK, I didn’t face the oppression but I am fighting the oppression.” She goes on to describe the humbling experience of realizing that participating in the silent march would have once possibly put her life in danger, empathizing with the people who participated in the Civil Rights Movement.

Berkley calculated that 20-30 SNU students participated in the silent march, and out of the estimated 2,000 students that attend SNU, they made up approximately 1-2% of SNU’s student population. Berkley commented on SNU’s involvement in the silent march, saying, “In order for us to be an effective and influential hand as Christians in our community, the first step is showing up.”

The experience of being in a large crowd of strangers can often be overwhelming, and junior Nursing major Abbey Roxby described her initial reaction to the crowd at the silent march as “unnerving.” She explained that once the speaker began her speech in front of the Freedom Center, she felt that “a blanket of unity encapsulated us and suddenly we were all one group of people… we became people fighting for the equality of all people.”

It is this feeling that Roxby took away from her experience at the MLK Day activities, saying, “We need to be inclusive of all people… I don’t know everything about everybody, but it is important for me to sit down and listen to as many people as I can.”

MLK Day is a time to reflect on the experiences of the marginalized and put ourselves in situations that encourage diversity, hospitality, and equality. As Dr. King wrote, “Darkness cannot drive out darkness; only light can do that. Hate cannot drive out hate; only love can do that.” We must stand for the love and inclusion of others if we desire to drive out the darkness.