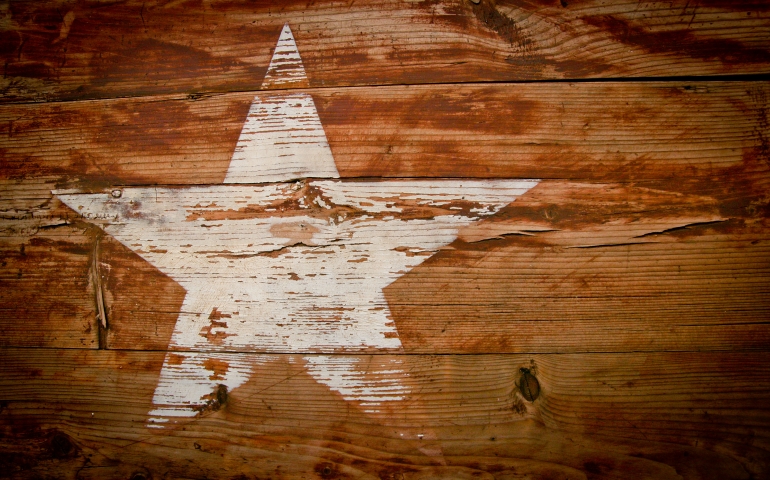 Note: Neither SNU nor the Echo is endorsing any candidate for a political race, and the opinions in this article should not be taken as official stances of the school or the student paper. We are however, excited to report on the accomplishments of one of our alumni.

From picking green beans on a farm, to working to put herself through college, to serving in the U.S Army, to being the first gay and Hispanic woman elected as the Dallas County sheriff, Lupe Valdez now finds herself running for governor.

Guadalupe Valdez was born October 11th, 1947 in San Antonio, Texas. She is the youngest of eight children from migrant farm workers. Among the eight kids, there is an eleven year gap between Lupe and her youngest brother. Her mother, Teresa Valdez, insisted that the younger two get their education and stay away from a life in the fields.

She put herself through college, sometimes working two jobs, to earn her bachelor’s degree in business administration here at SNU. In an interview with Jonathan TiLove, an American-Statesman’s chief political writer, Lupe says, “it took me 6 ½ years to get through four years of college. It took me a long time to get through, but I got my degree.”

(Link to that article and interview here:  https://www.mystatesman.com/news/state–regional-govt–politics/why-lupe-valdez-running-for-governor-and-why-she-thinks-she-can-win/8EmuUg0YOdUD9DbpYOJxNJ/ )

In this same article, TiLove mentions that before Lupe decided to run for governor, she went away on a peaceful trip. The purpose of the trip, Valdez mentions, was to be at peace with her spiritual side, so she prayed and listened for the voice of God.

During her time as sheriff in 2015, Valdez clashed with Greg Abbott, the Governor of Texas, on immigration policy, refusing to honor federal immigration holds for inmates unless they were charged with violent crimes.

Since then Texas has passed a law designed to “crack down” on sanctuary cities that would punish local officials who don’t honor federal immigration detainers with jail time and fines of more than $25,000.

Democrats are hoping that with Valdez running, she can increase voter registration among the Latino community. The percentage shift of the Latino vote won by Democrats has been 55% to 65%; they are hoping for a new range of 65% to 75%.

Here are some of Valdez’s encouraging words from the interview with Jonathan TiLove, mentioned earlier in the article.