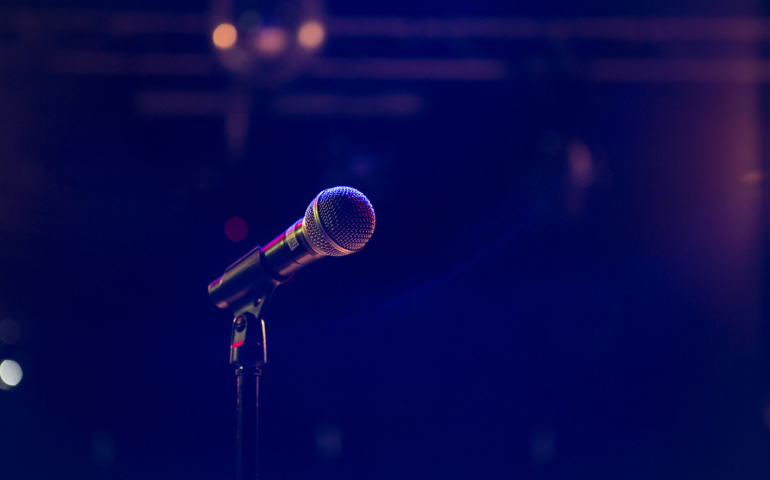 Much like the week prior when students filed into Herrick Auditorium to hear what their peers had to share, the Thursday morning chapel held last week involved the testimony of two different faculty members. Dr. Stephoni Case and Dr. Michael Houseton both were able to discuss their walks with God and the ways in which faith can impact education in thet Prof Talks chapel.

“I had this vision for Prof Talks,” said SNU chaplain Dr. Blair Spindle. “It’s important for students to see how our professors weave their Christian life into their academic disciplines and vocation.”

Dr. Case, who spoke first, talked about her own journey within education. “Education captured me more than I pursued education,” she said. Originally, Dr. Case attended Bethany Nazarene College with no real interest in education. While originally more interested in science, she began to develop a love for English over the span of a few courses she took in the field.

“My advisor steered me toward English Education instead of a straight English degree, and that is how my journey in education officially began.”

After her graduation, Dr. Case got the opportunity to pursue teaching. At first, she did so on a middle-school level, but after returning to Bethany Nazarene College, at that point renamed Southern Nazarene University, she began working as an English professor.

“I began to study the craft of teaching and the significance of education in people’s lives, and in their community, and in their culture,” she explained. As she pursued her doctoral studies, Dr. Case shifted her focus to educational leadership. After earning her doctorate, she eventually returned to SNU in 2014, where she has been teaching graduate education since.

“My point in telling you this story is that I evolved into my mission and my calling,” said Dr. Case. “There was no burning bush experience for me. There was no audible voice of God.” She followed her statement by encouraging students who might not have a solid, tangible view for their future to follow their strengths and be open to their calling.

“At the beginning of many days, I try to ask myself questions like ‘How do I lead through a certain situation?’ or ‘What does God want me to do here?’ or ‘How can I share his love and what that means to others?’” said Dr. Case.

On a very similar note of love, Dr. Michael Houston spoke on the passage of Corinthians 13, where the Bible describes the different characteristics of love. He began by describing love as a super-power of sorts. “This power is greater than anything we’ve already talked about,” he said. “This power has literally changed people and has altered human existence.”

He talked about his children, and how they would pick an aspect of the love described in Corinthians 13 to embody, and how it impacted their lives and the lives of the people around them.

“This practice has really ingrained in me the importance of love,” Houston said. “As the program director of the master of leadership program, when I was envisioning what this program would look like, I wanted it to be different than all the other masters programs that were out there. And one of the ways that I thought it could be distinct to SNU, it could be a different way for our program to run, is to weave these tenants of love through the program.”

Both professors provided testimony to how their faith shapes and influences their careers. “I think it’s great,” said Dr. Spindle.

Dr. Spindle hopes to continue the Prof Talks next semester. “I know Dr. Shankle was scheduled to speak today but couldn’t, so he’ll be ready for next semester. I’m sure we will get a few others to speak as well.”

Photo by Matthias Wagner on Unsplash