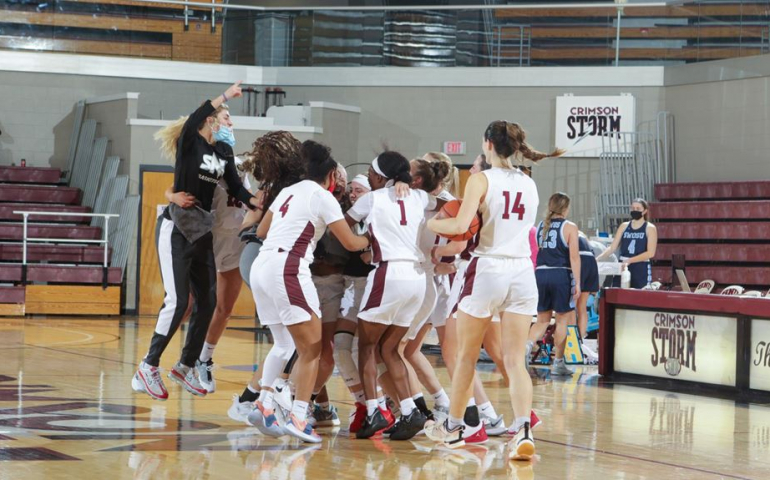 The team is coached by Coach May who has been with the program since 2018, where he sailed the SNU ship to the program’s first GAC postseason win in the GAC Tournament in March of 2019. Prior to SNU, he coached at Grand Canyon (Arizona) and Bethany (Kansas) where he holds records at both schools for the best single-season record.

With the team’s winning streak of seven, Coach May says that unselfishness, buy-in and individual players understanding their role are the keys to the team’s success. “There is no individual more important than the team. We strive to bring our best every day. This plays into every part of our program; Community, Classroom, and the Court” says Coach May.

SNU is currently leading the GAC conference in blocked shots with 74 blocks in 15 games with an average of 4.9 blocks per game. Abby Niehues, 6’2 senior forward, has accumulated 51 of those blocks and is currently 3rd in the nation in all of DII women’s basketball for blocks. Niehues has also broken the all-time SNU blocking record with 310 blocks.

“I hold myself accountable by having good positive self-talk but still being honest with myself when I need to be better. That applies to holding my team accountable as well while trying to help them to get better while still showing I care by the way I speak to them” Niehues states.

Niehues says that the most important thing to do to bounce back from recent losses is to “accept our losses and move on. It never feels good to lose and it’s hard not to dwell on those bad memories… what we can do is prepare for what’s ahead and learn from the mistakes we made.”

The SNU women’s basketball team will face their first opponent in the GAC championship, OBU, in the Sawyer Center on March 1st.