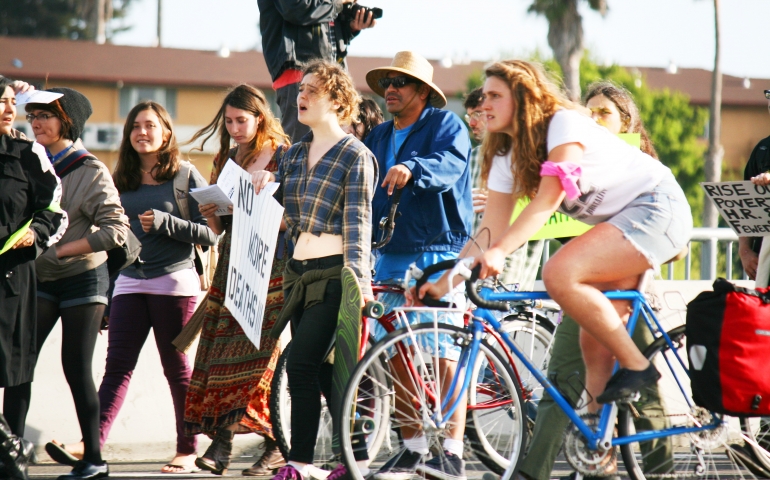 It can be argued that the student body has a responsibility to speak up against what we believe is wrong. In some situations, it may not be our place to speak. In others, we are but lazy, indifferent or unintelligent if we do not speak. In my time at Southern Nazarene University, a few things have happened that are worthy of some kind of speaking up.

When I think of the student body coming together to defend a belief, there are three incidents that stand out. I’m sure many of us can think back to that time when the Gender Equality Club really had something to talk about. It was when those mysterious flyers were found all over campus pleading with women to be the anonymous author’s definition of modest and his/her reasons for being so. An irregularly large attendance at the meeting had many different opinions to discuss. That meeting was the most sour by far.

Another event happened much more recently: the lights went out. Something as simple as that turned us over to anarchy for a night. Some students had a stance on the ordeal, while some would not call what happened an “ordeal” at all. That is okay, and we have moved on without consequence.

Most recently, a sermon we heard in chapel had many students take to Twitter to express themselves and how they disagreed with the guest speaker. Beyond that, there is nothing more to tell.

Things that divide us, outrage us or insult us will happen in our community all the time. Our response to these things will be what sets us apart. So, how will we respond? Is it necessary that we respond? The easiest response is no response, but if that is how we settle things, I would question what it is that we believe in. Obviously, we have no problem proclaiming the faith that we believe in. It is our name, our identity; it is where everything begins here.

Faith, however, has to do something. Belief is active. Things happen and we can have something to say about them. When we start the conversation on things that happen in our community, we discover our beliefs, educate each other and in the process grow stronger.

As Professor Michelle Bowie said in light of the power outage and the disgust from students regarding the chapel service, “If we don’t start engaging in these big conversations, no one’s engaging in them. If we start having them maybe nothing happens, but at least it’s like oh, SNU, they have conversations there.”

You can start the conversation by going to any faculty or staff member on conversation, as well as by commenting below.