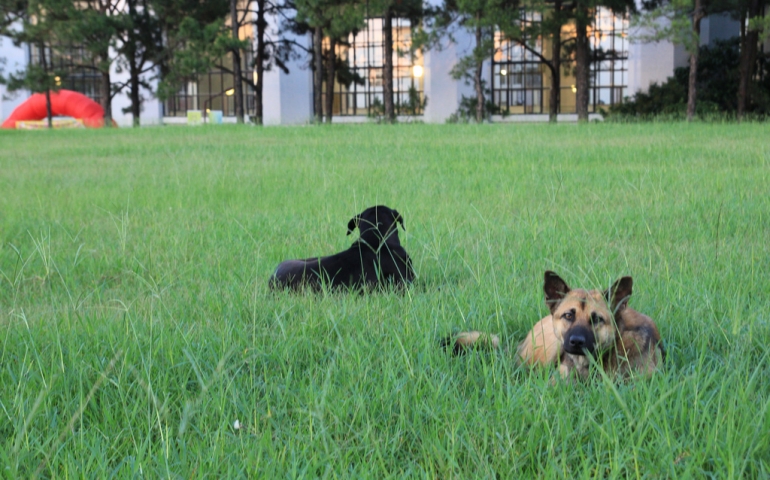 [author image=”http://echo.snu.edu/wp-content/uploads/2015/09/JonathanHane.jpg”] Jonathan Hane, Staff Contributor
Jonathan Hane is a junior at Southern Nazarene University. Growing up overseas, Jonathan still struggles with counting American change and would much prefer a large bowl of rice over a sandwich at Chick-fil-a. He is currently studying mass communication and hopes to move back overseas to travel after graduation while doing photojournalism for missions and humanitarian aid organizations. [/author]

“Why can’t I bring my dog with me to college? Do I really have to leave my pet parakeet at home? Well, where else will these adorable hamsters go if I can’t keep them in my room?” All these are questions you may have heard or asked yourself while a student at Southern Nazarene University. The questions are in response to SNU’s No Pet policy, which many students disagree with or may not understand the reasons behind.

The official rule found on page 38 of the handbook at Southern Nazarene University regarding the keeping of pets in the dorm reads as “Animals or pets (e.g., dogs, cats, birds, hamsters, etc.) of any kind are not permitted inside campus residence halls.” SNU is by far not the only campus to restrict pets from being in the dorm. In fact, 62% of colleges in America do not allow pets to stay in on-campus housing. Of the 38% that do, even most of these only allow fish to be kept. Only 10% allow dogs and 8% allow cats.

The reasons for such a rule of course vary from university to university, but at SNU the reasons are quite clear. Katy Bradley, director of Resident Life at the university as well as a past Resident Director says this on the schools no pet policy: “Unfortunately, no pets are allowed in on-campus housing. I know students are always wanting and asking about having a dog or cat on campus, and I understand there are absolutely benefits to that. However, there are many things that students aren’t able to think through in [this season] of life that make [keeping a pet] not a wise option. Allowing a pet for one student would mean an allergy flare up for another.”

For more than just the courtesy of others however, having a pet on campus also can cause damage and create additional costs for other students. “Allowing a pet in any living area would definitely cause damage to the property. My husband and I initially allowed pets at our rental properties but every single time it required carpet cleaning or replacement and often time’s new paint. If those repairs had to be made on campus, it would increase the cost for all students to live on campus to cover that.”

Perhaps the largest problem would be making sure to take the pet to use the restroom instead of making a mess on campus. “I think students would struggle taking their pet out to go to the bathroom every time and we would end up with issues in the hall or in the grass throughout campus.”

While it may sound like a great idea at first to bring your pet to school with you, it is important to consider the great responsibilities of doing so, the great time and effort it takes to care of a pet as well as being courteous to those living around you.

For more information about colleges that allow pets, visit http://collegeapps.about.com/od/collegerankings/tp/Pet-Friendly-Colleges.htm.