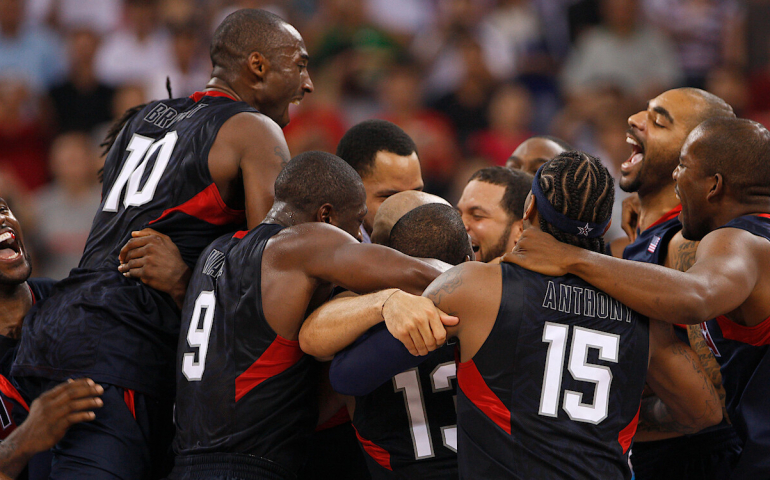 The new Netflix documentary, The Redeem Team, is about the 2008 Olympic United States of America’s men’s basketball team of the same name looking to redeem themselves and the country for their upsetting showing at the 2004 Olympic Games. The team was led by basketball greats and soon-to-be hall of famers Kobe Bryant, Lebron James, Dwayne Wade, and Carmelo Anthony. “The Redeem Team” set a new standard for United States basketball, which would inevitably put us back on top as a global powerhouse.

The showing of the 2004 Olympic team was disappointing in the eyes of most every American, as they were eliminated from contest in the semifinals against Argentina. At this point, America had been considered the powerhouse in the world when it came to basketball. Now, the rest of the world seemed to be catching up.

This documentary provides several different eye-opening narratives that would not have been immediately apparent to those watching the Olympic Games live during and leading up to 2008. There were staff changes, including the addition of well-respected college coach Mike Krzyzewski and, arguably the best player in the NBA at that time, Kobe Bryant.

The behind-the-scenes moves made within the USA basketball program to improve their performance are what really drew in a lot of attention from students here on Southern Nazarene University’s campus. This made the documentary something special.

“Seeing what Kobe Bryant brought to the team and how he changed the whole narrative of USA basketball is amazing, and just a testimony to his greatness not only as a basketball player, but as a mentor and a man,” said senior Jalen Lynn.

Kobe Bryant truly set the tone for the rest of the team. According to The Redeem Team, he would be up at 5:00 in the morning to get in extra workouts, which really helped them to be successful. He started a domino effect as the other leaders of the team, who were also on the 2004 Olympic team, followed in his footsteps and joined him. Lebron James, Dwayne Wade, and Carmelo Anthony saw the difference in the intensity and focus of this Olympic team, and knew that it would be a special run as they ultimately reached their goal and won the gold medal.

Sophomore David Omosigho had many positive things to say about his experience watching the documentary. “As an athlete, it is great to see everything that goes into building something as special as what USA basketball has been and is becoming. This documentary highlights key points and steps in building that.”

“The Redeem Team” was exactly as advertised, as they showed the world that the United States is still at the top of the mountain in the game of basketball. They redeemed themselves from their performance in 2004. If you have not gotten a chance to watch this documentary, I recommend that you give it a chance on Netflix’s streaming platform.