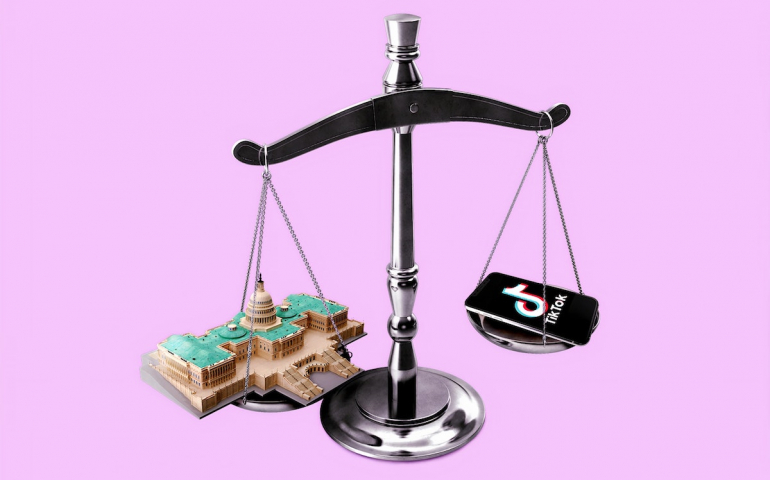 By now, pretty much everyone is familiar with the utterly popular short-form media app, TikTok. It showcases everything from viral dances and funny videos to recipes and politics. With this wide range in content, TikTok has become one of the most popular apps right now, entertaining hundreds of millions. Despite all of its good, TikTok has raised a massive controversy with a concern for users’ and national privacy.

TikTok is owned by a Chinese company called ByteDance, and there has been talk of data being shared through the app. Because of the supposed risk of data collection and privacy breaches, there is a chance TikTok could be banned from the United States. Despite this news, there could still be hope for TikTok. With Microsoft out of the bid for the app, a technology company, called Oracle Corporation, is left as its only hope for survival.

The possibility of a ban has upset TikTok’s creators and users. For many, the app has been a place of community throughout this lonely time in the pandemic. For others, it is a way to creatively express themselves and even make a living. Emilie Jackson, a junior at SNU and user of TikTok, stated, “I think that with TikTok being banned would hinder people’s creative outlet. This is a place where people go to let off stress and just try to make other people laugh and smile.”

Brayden Lehew, a senior at SNU, is one of those people who use TikTok as a creative outlet. “I have been watching TikToks for about two years now but have been making them for around a year.” When asked what he would miss most about the app, he said, “I will really miss the comedy on it. There will be times where I am just down, but something makes me laugh on TikTok.”

In addition to laughs and entertainment, TikTok has been a hub for talk of political and social justice matters. Freedom of speech is practiced daily as creators use the app to spark important conversations on activism and expressing political beliefs in the midst of this election season.

With all the positivity to come from TikTok, it’s difficult to think there could be a negative side in terms of privacy and security. We can only hope one of the best tools for laughs and procrastination doesn’t get taken away. After all, this year has already been difficult enough, and TikTok has served as the distraction and escape from reality everyone has needed.