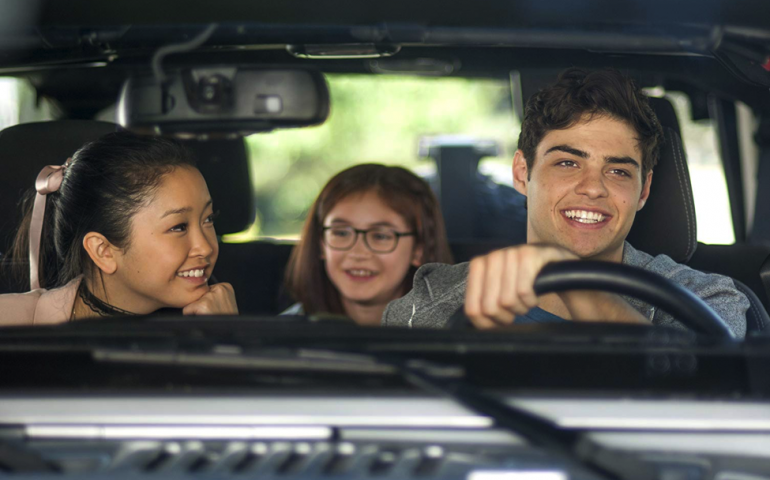 Is Netflix stepping up their game? They recently released the film To All the Boys I’ve Loved Before, and viewers are pleasantly surprised.

This charming rom-com stars Lana Condor and Noah Centineo, or you may know them from the film as Lara Jean Covey and Peter Kavinsky. The chemistry between these two is beautifully captured and the storyline, based on the best-selling novel that was written by Jenny Han, is every hopeless romantic’s dream come true.

Relationships are hard. High school is complicated. Figuring out relationships in high school seems impossible. Scared of the vulnerability of what an actual relationship might bring, Lara Jean Covey deals with her feelings by writing each boy that she loves a letter that she never intends to send.

Tired of Lara Jean’s nonexistent love life, her younger sister, Kitty, decides to take matters into her own hands. Without a second thought, she sends out all of the letters, and naturally, chaos for Lara Jean ensues.

When I asked Riley McGrath what the message of this film was, she answered, “You should never underestimate yourself based on social standing or insecurity. You should be proud of who you are because others notice.”

We get to see the transformation of Lara Jean as she becomes more confident in herself and how this affects the relationships she has for the better. By the end of the film, she is radiating from the inside out.

When I asked Clifton Grear, a senior at Southern Nazarene University, who his favorite character was and why, he stated, “Peter Kavinsky because he was goofy, charming, and genuine. Noah did a really great job.” Young, teenage girls aren’t the only ones that are obsessed with Noah Centineo.

Nostalgic is the word McGrath used when describing how To All the Boys I’ve Loved Before made her feel, and viewers couldn’t agree more.

For those that cannot get enough of To All the Boys I’ve Loved Before, we bring you good news! Jenny Han wrote this book as a part of a 3-book series and considering all of the success that they have had, a sequel could be on the horizon.

This was a beautiful love story that will leave you feeling all of the feels, as the kids say these days.