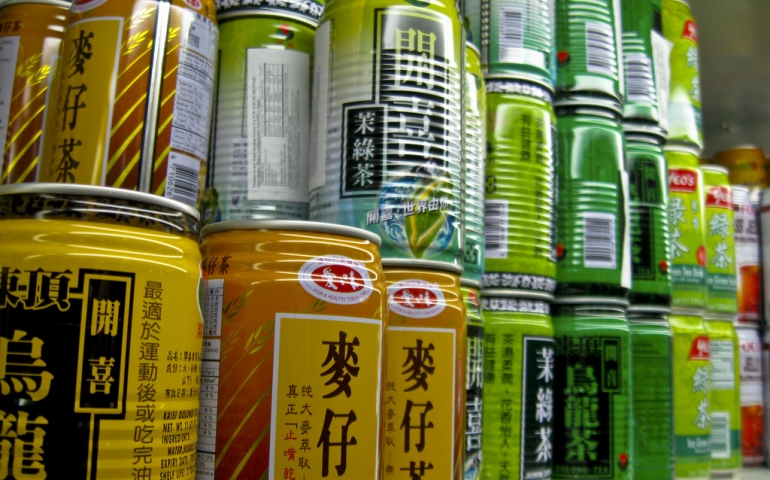 When is the last time you refreshed your palate with a cool glass of soursop? Or, maybe you prefer your refreshing drinks in the flavor of basil seed or mung bean. If you were lucky enough to be corralled into the first Try It Tuesday last week, you would have experienced these flavors and more. So, what is Try It Tuesday? Over the course of the spring semester, the Echo team will be offering you different experiences to help you step outside your comfort zone and try something new.

For our inaugural episode, we visited Super Cao Nguyen, our local Asian supermarket, and chose five drinks for the students, staff and faculty at SNU to try. Super Cao Nguyen Vice President Ba T. Luong gave us a tour of the drink section and made suggestions as to what was both unique and flavorful. Mr. Luong’s tour showed us that more than just a taste of Asia is offered by his supermarket. The continents of Africa, North and South America and Europe were all represented in the drink aisle.

Taking into consideration Mr. Luong’s suggestions, we decided on bird’s nest, mung bean, soursop, basil seed and maltex as our flavors. Overall, as represented by the video, our participants were enthusiastic to try all of the flavors. Soursop was the overall preferred drink by a large majority. The flavor was sweet and most mimicked the viscosity of what Americans are used to. While the other four drinks were not universally disliked, they were not as liked as the soursop. The second favorite drink of the tasters was the basil seed. While sweet, the gelatinous texture of the seeds was off putting to some.  The final three drinks garnered a mixed bag of comments and reactions from “not bad” to “oh, no”. If you missed the tasting, I would encourage you to go to Super Cao Nguyen and try something new. With a purchase price of less than a dollar per drink, there is very little risk and you might very well find your next favorite thing.

So, what experience is next? That is up to you. Let us know what you’ve always wanted to try. Maybe you want to learn to play the ukulele, ride your bicycle in a peloton or try a cachete de res torta.  Tell us what you would like to try at dpeterso@mail.snu.edu. A special thanks to Ivan Maysonet, Kayle Benner, Jonathan Unruh, Breann Davis, Jenner Brown and Zack Peterson for being our participants this week.

[author image=”http://echo.snu.edu/wp-content/uploads/2015/01/IMG_6202.jpg” ]David Peterson, Staff Contributor
David is a self-proclaimed movie snob and social vagabond of the obscure. In his spare time he enjoys referencing books that no one has read and watching movies that no one understands. It is rumored that his beard once poured sugar into the gas tank of Chuck Norris’s car.[/author]