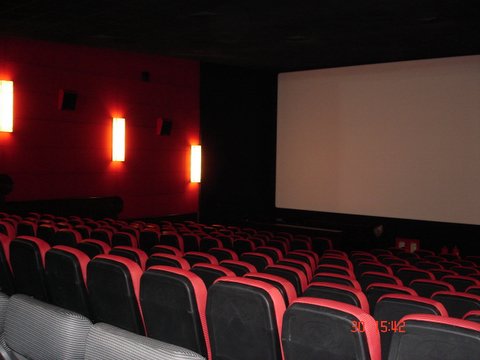 From the looks of it, 2015 is going to be a big year for movies. Most of them seem to be action or dystopian sequels that will no doubt rake in tons of money, but there are going to be animated films and drama as well.

First up is a live-action rendition of Cinderella, coming out next month. The past few years have seen a lot of live-action takes on classic fairy tales (Alice in Wonderland, Snow White and the Huntsman, Maleficent, and more), so I’m not sure if this one is just jumping on the bandwagon or if it will be a standout. Here’s hoping it’s the latter.

In the same vein is Age of Adaline, which I’ve seen a few trailers for. For reasons currently unknown, a woman has been immortal for a really long time and goes into seclusion…until she falls in love. So, if you’re looking for a new drama/romance movie this year, just look for Age of Adaline in April.

The Divergent, Maze Runner and Hunger Games franchises have all staked a claim for 2015. Interestingly, they’re all sequels. Insurgent has a release date for March, Maze Runner: The Scorch Trials is due for September, and the final chapter of the Hunger Games movies, Mockingjay Part 2, isn’t until November.

There are three contenders for the sci-fi/fantasy category that I am particularly excited about: Avengers: Age of Ultron, Jurassic World and Star Wars: The Force Awakens. After much hype and anticipation, the “Star Wars VII” movie finally has a release date, albeit at the end of the year (December 18th).

Pixar has a new animated movie called Inside Out, coming out this summer. The movie tells a story from inside the mind of a little girl, where five emotions – anger, fear, disgust, envy and joy – reign supreme. They’re portrayed as personified characters, making decisions and offering advice (good and bad).

The ubiquitous, goofy and well-loved characters of Despicable Me get their own movie this year, simply titled Minions. It’s set to come out in July, and it’s going to tell the backstory of the minions before they met Gru.

Also in the animated category is The Peanuts Movie, and it’s sure to invoke nostalgia in just about all of us. The trailers feature Snoopy going on imaginary adventures as he chases after his arch nemesis, the Red Baron.

So, those are the main contenders for 2015 movies, although there are many more.

See you at the Mockingjay Part 2 midnight premiere. (I need another one to go to this year since the Hobbit movies are done.)

[author image=”http://echo.snu.edu/wp-content/uploads/2015/01/IMG_6206.jpg” ] Rachel Whatley, Guest Contributor
Rachel is a sophomore music performance major and pianist extraordinaire from Yukon, OK. She likes fantasy/science fiction and is considering getting an English or writing minor.[/author]