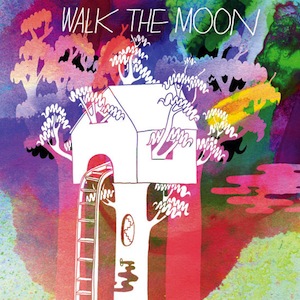 On October 10, 2013, Cincinnati-based indie pop rock band Walk the Moon performed at Cain’s Ballroom as a part of their national tour. The band is fresh off of a festival-filled summer and has torn through America, making a stop in Oklahoma much like several other alternative acts this fall, including Local Natives, The Silversun Pickups, Vampire Weekend and The Lumineers.

Jared Seitz, freshman, was able to attend the show a few weeks ago. According to Seitz, the concert was worth the two-hour drive up Interstate 44. “The atmosphere of the show was so energetic. Everything was so upbeat and it was just fun being a part of the crowd.”

Although they are known as a college band, Walk the Moon does not seem to worry about labels that have been put on their music. The sound on their self-titled album ranges from drum-soaked anthems to disco-tinged songs about lovely girls. According to Seitz, their concerts are a reflection of the fun-loving spirit found in their music and lyrics. “The crowd was so crazy. You could just tell that everyone in the building wanted to be there and that they were having a blast. Towards the end of the concert, during the closing song, they played their most famous song, ‘Anna Sun, and the crowd just went nuts. Everyone in the building was screaming the lyrics and jumping up and down like crazy. It was an awesome ending to the show. The venue was smaller, but still had great sound. It is a standing room only kind of venue, so people jump up and down and get into the music. Also, you can get really close up for the show.”

When asked if he would pay to see Walk the Moon again, Seitz answered, “In a heartbeat. I definitely want to go again.” Seitz also made his way to see Local Natives a few days before at the Diamond Ballroom in Oklahoma City, saying, “It was also an amazing show. There are a lot more bands out there like Walk the Moon and Local Natives that I would love to see live (in Oklahoma).”

Judging by the treasure trove of bands that have visited Oklahoma in the past months, the state is quickly becoming an ideal in-between oasis for bands that are making their way across the middle of America. Hopefully, we will continue to see an influx of great acts as Oklahoma City and Tulsa get a little bigger each year on the map.