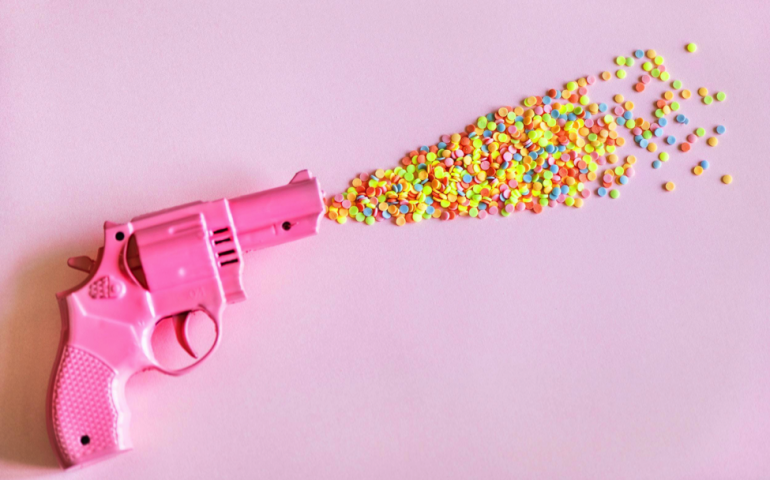 Wet Bandits has just entered its second week of competition, and survivors continue to dwindle. All over campus, students can be seen running to class or hiding behind trash cans in hopes of eliminating their target. Each year, about two hundred players join the game in hopes of winning the prize money. With such a substantial percentage of the student body included in this game, it begs the question: is this game healthy for the community?

Wet Bandits is a game of skill and stealth– students who enter are each given a target and then become a target. The goal of the game is to get as many people out as possible while also remaining alive by avoiding your unknown killer. This game causes paranoia and potential chaos to the campus, forcing friends apart and deception to thrive.

To remain impartial, I abstained from playing this year. Instead, I asked the 2017 second runner-up and three-year veteran Gabriel Perez for his insight. Gabriel said, “You have the choice to be loyal to your friends, or you could betray them; sell them out.” Though this choice seems obvious enough, too often students sell each other out for the entertainment value.

Shortly before this interview, Gabriel himself was actually sold out by one of his friends. He was eliminated from the game. In retaliation, he called up his former target and informed him about the man who shot him. The intention of this article is not to shame Gabriel– this is just how the game works. His story is one of many such stories of revenge and betrayal.

I then asked this year’s gamemaster Breena Sarver for a comment. She insisted that Wet Bandits is “just a game to bring the community closer together.” Could a game that relies so heavily on deception to progress actually bring the community together though?

After asking Gabriel about his opinions on the game itself, I asked him about how he feels the game affects the campus. “People may get mad, but they only stay mad for a little bit and they’re back to being friends” he stated.

So does Wet Bandits bring the community closer together? Yes. It introduces people that otherwise would have had no reason to meet while providing a light-hearted setting for the whole campus. Do people get their backs stabbed? Yes, but that is part of the fun.

There are no real stakes in this game, and anyone who is sold out is at fault for trusting their friend in the first place. Wet Bandits breaks the ice for our new students and serves as a familiar welcome to our returning students. If anything, this campus could use more games like Wet Bandits to keep us on our toes.