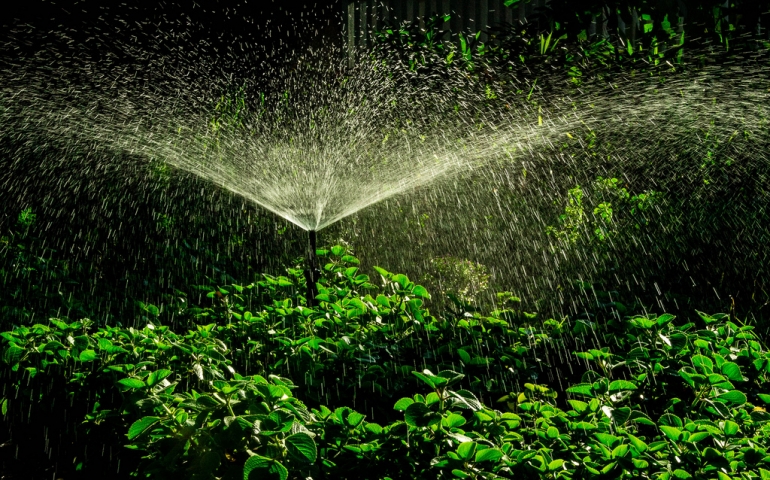 There’s an epidemic that is sweeping the campus of SNU: sprinkler attacks. No one is safe. No place is safe. You can’t outrun the sprinklers because they have an enormous range of destruction. Only the strong (and lucky) survive.

So, what makes students vulnerable? Simply put, it is the element of surprise. Nobody knows where or when the sprinkler system will kick on or how long it will last during the fall semester or late spring semester. All we know is that when it is activated, there is no escape.

I was a victim of these terrifying attacks last semester. One night around 10, I was doing homework while sitting in my hammock outside Cantrell, when all of a sudden, whoosh. Next thing I know, I was sopping wet. My hammock? Drenched. My laptop? Soaked. My clothes? Dripping wet.

Just like that, I was another name added to the list of students who had been targeted by the tortuous sprinkler system. It had been reported earlier in the week that there was another attack. This time on a freshman student who was on their way to class one morning. I know your pain, anonymous freshman. I know your pain.

Now, I know what you might be thinking, “Cullen, how did you not hear the sprinkler system turn on?” There is an answer to that. I had my headphones in because I was listening to some music while typing a paper for class, so I couldn’t hear any outside noise that was going on at the time. Why was I typing a paper outside you ask? The weather was a beautifully cool, sixty degrees with little-to-no wind. I had my hammock with me at the time and decided it would be a great night to relax outside under the stars and work on said paper.

Little did I know, my relaxing night would be anything but that. Concerned, I went to the laptop center the next day to have my computer looked at because it no longer worked, as you could imagine. Sadly, the hard drive was completely fried and I lost a good amount of work that was not previously backed up.

I was not a happy camper, so I decided to get some answers. I went asking around campus for reasons as to why the sprinklers came on that night and why they’re not on a set schedule for everyone to be aware of. Turns out, the maintenance staff controls where and when the sprinklers are turned on based on many different calculations: how much rain an area of campus gets and how much sunlight has affected those areas, etc. Some places need to be watered several times in one day, but also need to have a certain amount of time in between watering so that the grass doesn’t become oversaturated.

I can’t be mad about that. I just happened to get unlucky and be in the wrong place at the wrong time. After doing all that research and finding out the answers to my questions, I realized that our maintenance staff does things a certain way to keep the campus looking as beautiful as it does, and for good reason. So, my only advice to those who encounter the sprinklers is good luck, because there’s not much you can do about it. You can run, but you can’t hide. Godspeed, my fellow SNU students. Godspeed.