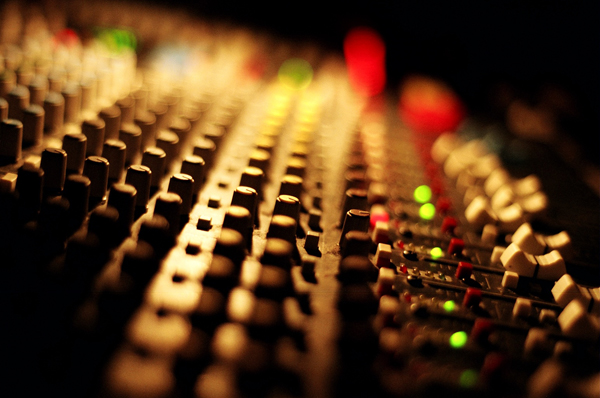 Ken Rosfeld, like others wasn’t born a professor, he came to SNU on a long interesting path, but just what does that path look like?

At a young age Rosfeld showed interest in music recording. He played with recording equipment even while in elementary school. He grew up in a family of musicians, as well as both his mother and father being college music professors. Contrary to what you might think, his parents’ jobs only made him want less and less to pursue an occupation in education. A combination of people such as his parents’ music students and his church sound technician taught him what would become the basis of his lifelong study.

Right around his college years he got an internship at a small recording studio. One day the engineer scheduled to work did not show up, so Rosfeld ended up running the session and quite successfully. This led to the studio hiring him on full time to cut and edit tape. All of this happened before digital recording was widely accepted so most of his job was done by hand.

Fresh out of graduation from SNU, Rosfeld went out into Oklahoma City to look for a job. Rosfeld said, “Music business has always been a competitive field to get into…Oklahoma City is a pretty tight (music recording) market, even now there’s not a lot of big recording studios in OKC.”

At this time there were only about four studios he had to choose from. To get a job you really needed to put in the time and effort to get to know the right people and prove yourself knowledgeable.

Rosfeld went on to work in many different studios and even ran his own studio with a friend for a few years. During this time he met some great people, even getting to work with the drummer for Chicago Tris Imboden and working a session with country music star Toby Keith. Being a religious man, Rosfeld deliberated hard when he felt he got a call to teach. Eventually he decided that education was the next step in his life.

Upon arriving back at SNU Rosfeld was tasked with essentially creating a whole new music business program for the college. One thing he knew they would need is a studio. Rosfeld designed every part of the SNU recording studio from the floor plan to the type of material used in the ceiling panels. Once it was built he filled it with all the best equipment he could find within SNU’s budget.

Today he still records for some artists from time to time, while also shaping the minds of future recording artists, mastering engineers and music business majors.

Your professors have a lot of stories to tell, and most of them don’t mind sharing. So, to learn more about your SNU mentors, schedule a time and have a chat. You will learn more than you might think.
[author image=”http://echo.snu.edu/wp-content/uploads/2015/01/IMG_6204.jpg” ]Noah McKinney, Staff Contributor Noah is 18 and a first year sophomore at SNU. He is studying mass communication. He enjoys rock climbing, kayaking, gaming, classic games, and history. He has two middle names but won’t tell you what they are.[/author]