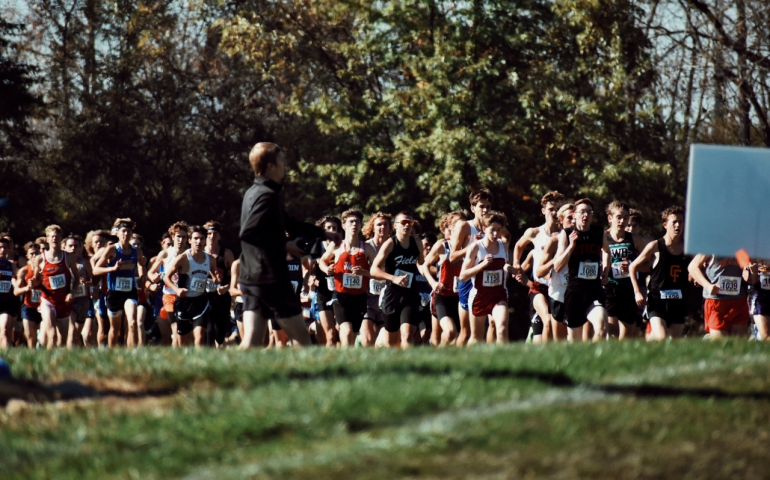 Overall, it was a decent outing from the Crimson Storm. The women started the day off with a 3km race and finished third overall, with Oklahoma Christian University (OC) finishing second, and Oklahoma City University (OCU) finishing first. SNU

When asked about their performances, Sophomores Joel Haynes and Matthew Kletke felt they left some on the table.

Haynes states, “I didn’t feel 100% during the race which made me not perform to my best.”

Similarly, Kletke said that he “…could have been a tad more diligent in the off-season with the training.”

With this meet being the first of the season, the only direction to go is up. The runners hope to improve on their times as the season goes on.

Photo by Leah Hatteberg on Unsplash