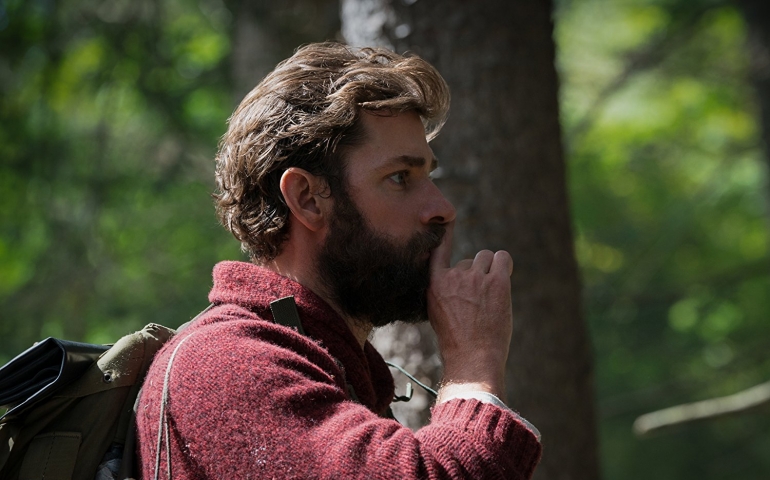 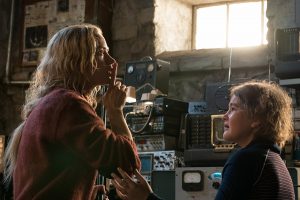 John Krasinski’s directorial debut, A Quiet Place, came out on April 6, earning over a whopping $50 million in the box office and continuing to have one of the best second weekends in the box office of any horror film. Krasinski, acting alongside his wife, Emily Blunt, managed to create nail-biting tension through the power of silence, leaving the audience to feel satisfying relief only as the credits roll.

The movie starts in silence as viewers begin to comprehend the nature of this family’s situation: something is in the woods and hunting them through sound. Following the hardships of a silent lifestyle with young children, understanding that making noise could cost them their lives, the movie naturally creates constant tension from the beginning.

Playing on the senses is a trope of the horror genre, yet Krasinski manages to use the lack of sound to create a claustrophobic world set in the open country. Throughout the movie, viewers are consistently made aware of the difficulty of silence, whether through the plot of the movie or the atmosphere in the theater. 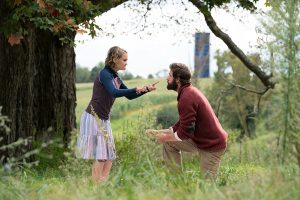 Audience members will find themselves not only rigidly tense but also fighting the instinct to breathe as a means to save the family on screen. The silence both on screen and in the theater only contributes to the tense environment created. This movie is not one to buy loud snacks in, as many audience members left with a nearly-full bag of popcorn due to the unyielding silence and tension of the movie.

Similar to movies such as 10 Cloverfield Lane and It Comes at Night, A Quiet Place outdoes these movies through consistency in plot and tone. This movie leaves very little plot holes to find, forcing viewers to be overly analytical in order to find the few that may exist. The tone also remains constant, beginning with tension and simply building the ominous tone throughout. 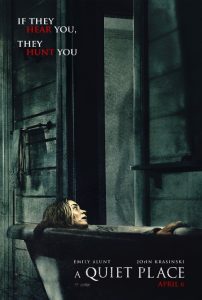 Outside the tone of the movie, A Quiet Place also represents a marginalized community in our society: the deaf. Actress Millicent Simmonds’ performance as the deaf daughter of Krasinski and Blunt was genuine, as in reality, she is deaf. Her crucial role in the small cast not only proves her talent, but also encourages other directors to seek out actors and actresses within this community; creating a movie of silence allows viewers to empathize with the deaf.

Overall, this movie is emotionally intense and physically exhausting to watch, making this an incredibly successful horror film. Utilizing silence to create an eerie experience for the audience, A Quiet Place manages to leave viewers with some sense of release and satisfaction, whether that be through the plot or through the release of held breath. This movie is one of the best modern horror films to date and will continue to transform the genre as a whole.