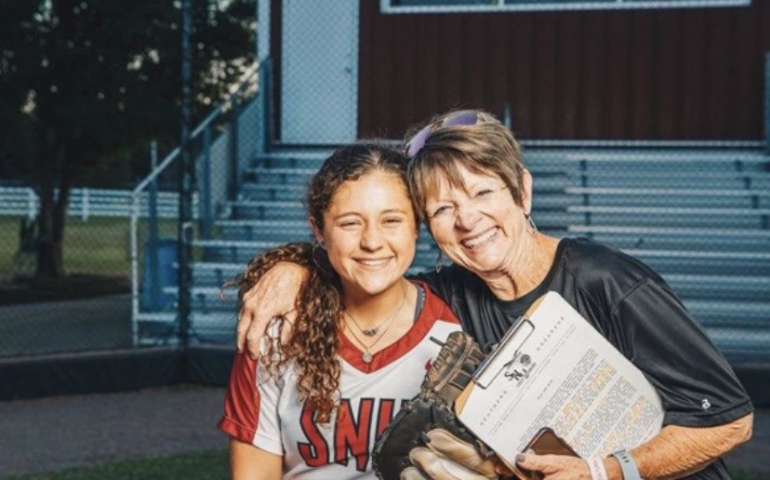 Let’s go out with a bang! SNU Softball Coach Tere Webber has had such a legacy here at SNU. Coach Webber originally came to SNU to coach basketball. She shortly transferred over to coach softball, with this being her 17th year as the softball coach. Coach Webber is a two-time GAC Conference Coach of the Year, and has had such an impact on her players throughout the years.

Coach Webber’s final season was intended to be last year. However, due to Covid-19, she wanted to come back to get the full and final season she was looking forward to. As she put it, “I want to tie up the loose ends from last season.” As being a part of the softball team myself, the talent we have this year is awesome. We as a team are hoping to give Coach Webber the best final season she could ask for.

Coach Webber has made such an impact on her players not only on the field but off the field as well. When asking senior Mahina Sauer how Coach Webber has impacted her as a person over the years, she says, “Coach Webber took me in like her own. She’s shaped me into an independent person and has walked with me through my personal journey with the Lord.” Coach Webber is a follower of Christ, and her teachings outside of the sport have helped the team come closer with their faith.

Coach Webber is thrilled for this season, which started this week. When asking her what she is looking forward to most this season, she says, “The opportunity to do something special. This is one of the most talented groups of girls top to bottom. I look forward to seeing how this team grows together, and to see how far we can make this thing go.” Coach Webber has high hopes for the team and believes this team has the opportunity to make it far this season.

Coach Webber is an amazing person, and her legacy will go far beyond the years she has spent here at SNU. Her teachings and practices for the softball team have shaped the team into the softball players and human beings they are today. The SNU Softball Team looks forward to spending this final year with Coach Webber. This is going to be a special year, and with Coach Webber leading the team, the sky’s the limit for SNU Softball.