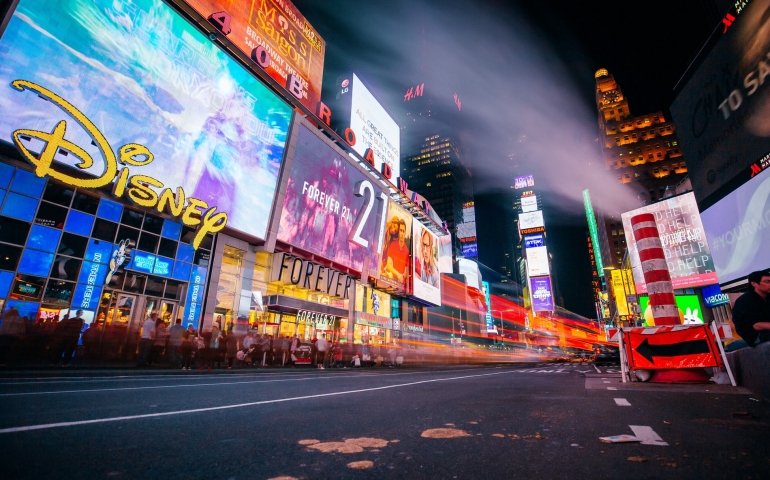 As if the Disney monopoly could not get any bigger, the company announced their very own streaming service, Disney Plus. It was launched November 12 and has been highly anticipated since its announcement back in April.

Along with the announcement came an inside look into some of the content that Disney will offer on their streaming service. To no surprise, they are showcasing all of the films and TV shows they already own, so expect to have the many Disney princess movies and all thirty seasons of The Simpsons just a click away with a subscription to the service. That means you’ll also see content from Pixar, Marvel, Star Wars and National Geographic among the sea of options available to watch. Many of their Disney Channel original movies and TV shows are also be available to stream, so if you’d like some nostalgia, all of the That’s So Raven episodes and the High School Musical movies will give you flashbacks to the days when Disney Channel was more entertaining. Brayden Lehew, a junior at SNU heard the news about Disney Plus and stated, “I love the idea of having a streaming service dedicated to Disney! I also love the idea of being able to watch the classic Disney movies.”

Not only is Disney offering all of the entertainment we already know and love, but they also created new content exclusive to Disney Plus. Full-length shows will be debuted, including High School Musical: The Musical: The Series, along with original shorts such as “Forky Asks a Question.” Tiffany Thomas, a junior at SNU, said, “I’m most excited to see their new stuff, and I have a feeling ‘Forky Asks a Question’ will be one of my favorites.” They also have original content from Marvel coming in with Hero Project and What If…?. Star Wars debuted a new show on Disney Plus too, so keep an eye out for “The Mandalorian.”

What’s even better is that Disney Plus only costs $6.99 a month or $69.99 a year. All of this is great news for Disney’s fans, but what does this mean for other streaming services? Well, the cards aren’t exactly looking to be in their favor. The $6.99 a month price for Disney Plus gives their subscribers everything the platform has to offer, unlike their main competitors, Netflix and Hulu. Not only is Disney Plus cheaper than Hulu’s Premium option and Netflix’s most basic subscription, but it offers the same features, if not more. The only thing Netflix and Hulu will lack is all of their Disney content, since Disney is in the process of wiping anything associated with their company off the face of those streaming services. We will only have to wait and see what the future holds for Disney’s competitors.

Disney is once again adding to their long list of acquisitions and entertainment options with Disney Plus, just proving to us all that they are a force to be reckoned with. This may have their streaming competitors shivering with fear, but it has all of Disney’s fans consuming all of the Disney content.

(Photo by Denys Nevozhai on Unsplash)