This is a very important time in the Class of 2019’s short tenure at Southern Nazarene University. SNU’s new freshman class now has the responsibility to elect its new president. This class is a lucky bunch, however. Five amazing men and one spectacular woman are stepping up and want to assume the class’s highest office. All are more than qualified, but which one will get your vote? [divider] 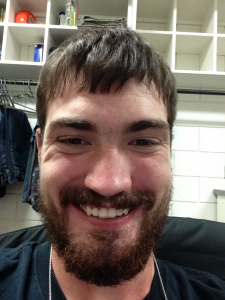 John Haile
Haile is a Sports Information major. He is currently working for the Southern Nazarene Crimson Storm broadcasting crew. He is a big fan of movies and his favorite is Inception.

“The idea is not to be the best ever. The idea is to the best that you possibly can.” –Patty Haile [divider] 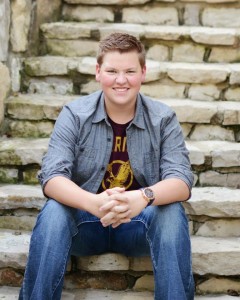 Logan Luker
Luker is a Biological Chemistry major. He plays acoustic guitar on a regular basis at Bethany First Church of the Nazarene. Luker is also incredibly patriotic, which is displayed through his framed Declaration of Independence in his dorm.

“It has come to my attention that the air pollution is polluting the air.” –George W. Bush [divider] 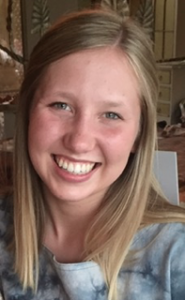 Baylor Redwine
Redwine is a Cultural Communications major. She is the daughter of SGA’s sponsor, Marian Redwine. At first, she was against running for SGA. However, she has a servant’s heart that could not be contained, which led her to join the election. Redwine is an adventurous one, as she used to ride motocross.

“I tried being normal. It was the worst two minutes of my life.” –Anonymous [divider] 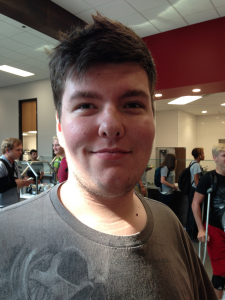 Zane Brake
Brake is a Network Engineering major. He is a laid-back guy who just likes a good time. One thing many people may not know is that he very much enjoys baking, and that cookies are his favorite. Regarding the election, he “just [wants] to say good luck to the other nominees.” [divider] 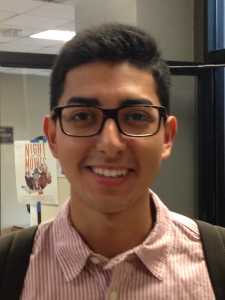 Raul Caballeros
Caballeros is a Nursing major. He is a man of many talents. Cabelleros is an incredibly social guy and has made many friends already. His main talent (according to himself) is that he can ride his bike with no handlebars.

“You can catch flies with honey but you can catch more honeys being fly.” –Anonymous [divider] 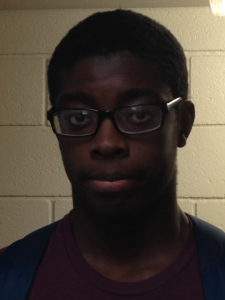 Immanuel Brooks
Brooks is a Theology and Ministry major. He is also the most musically talented candidate of the field. Brooks is classically trained in the jazz drum set. When asked what he would do if he wins the race, he replied, “If I am elected, my main goal would be to serve my freshman class.” [divider] [author image=”http://echo.snu.edu/wp-content/uploads/2015/09/JohnHaileedited.jpg”] John Haile, Staff Contributor
John Haile is a freshman at Southern Nazarene University. He is a Sports Information major, and is currently working with the sports broadcasting team for the Crimson Storm. John loves all things sports, and his main hobby is watching and critiquing movies. His dream is to go work for ESPN as a commentator, analyst or writer. [/author]