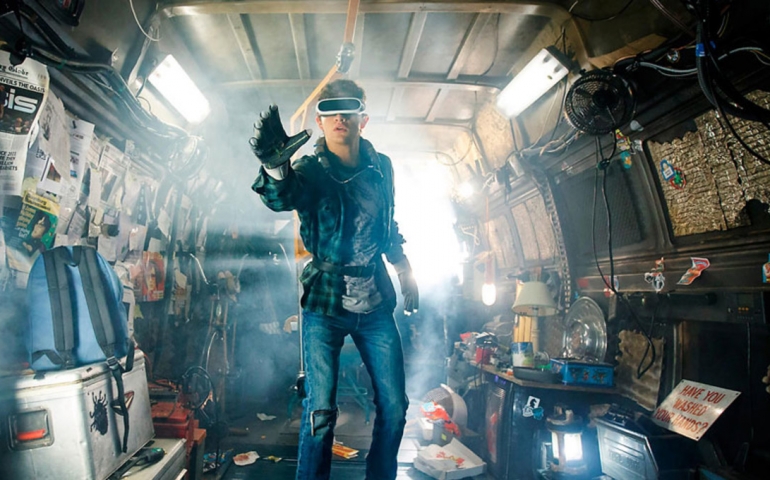 Well I must say I’m impressed. When I read the synopsis for this movie, I thought to myself that this was going to be an underwhelming cash grab, playing on the tastes of gamers. It definitely was aimed at gamers, but the biggest surprise I had was that it was good.

With colorful visuals in a futuristic society where currency is based on performance in games, the controlling interest of the “Oasis” (basically the internet) is up for grabs as the winner of a series of challenges shall receive ownership. The premise itself sounds silly, but director Steven Spielberg weaves nostalgia and character development in a way few can. The villain, while a little campy, represents a multitude of sins that range from indentured servant hood, overwhelming ads, drone surveillance, corporate greed and capitalism at its worst.

There were a few hidden messages that can be found in Spielberg’s idea of the future. One is that humanity is drifting away from regular mediums that are grounded in reality and that we choose to live in a place where we can escape the dreary problems of life. Spielberg is a fan of gaming and is not saying that we should quit but that we should face problems in life instead of trying to run away from them because it’s what we do in the real world that gives us meaning. Privacy was another issue that was touched on in the movie and how a lapse in safety mindness revealed way too much about his life.

Along with these bigger messages there are many easter eggs that cater to the gamers out there with so many references it’ll make your head spin. There’s plenty of games and movies that are referenced, and it’s brought to life in a setting where anything is possible. It looks cool; it makes you wish that you could experience it.

The cast is a mixture of recognizable names and people that don’t normally have much time in the limelight. While there were a few recognizable names like TJ Miller, Simon Pegg and Olivia Cook, the majority of the actors are new stars that are taking their first major Hollywood roles. They all had a solid performance with no notable outstanding performances to speak of but still decent nonetheless.

It’s not the film I was expecting, but it was certainly better than my preconceptions. It’s a family-friendly PG-13 movie that was enjoyable and is good for all ages.