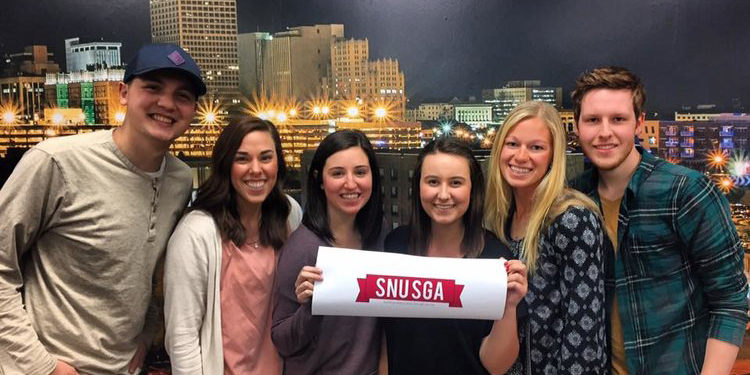 Elections for the new SGA Executive Council are approaching quickly. The Election Fair will be held Monday, February 27 and Election Chapel will be held Tuesday, February 28. The positions available are Student Body President, Social Life, Campus Ministries or Athletic Relations.

In order to apply for these positions, you must first be nominated by your peers. An email will be sent informing you about the nomination then you will be able to accept or decline the offer.

The exec applications have been available since January 23 and will close February 3. Candidates will go through an interview process with the Associate Dean for Student Life, Marian Redwine, and the current student holding that position. These individual interviews will be held between January 30 to February 10.

Candidates will have a mandatory meeting February 13 to discuss the requirements for their campaign. Each student running for a position must make a video for the Election Chapel and have a booth area for the Election Fair. Students are also allowed to use social media to campaign during open dorm times as long as they are in the room of the same gender.

Posters will be up in the commons and any other place candidates have permission to campaign. However, posters are not a requirement for the campaign. A spending cap of $100 will be placed on each student to limit unfair advantages.

Each position on the exec council is a paid position, but Redwine advises to only take the position if you are excited and committed for the whole year. She wants students to know they get to be a part of many fun events, but it will be hard work like an actual job. One must hold at least a 2.5 GPA and be ready to work hard and take on many responsibilities.

Student Body President, Jaci Wise, and Publicity Exec, Brittany Toone, mentioned it is important to put others first and to never stop thinking of new ideas. “You don’t know how successful an event could be if you don’t try it! Have a blast!” Toone added.

Redwine stated, “Once a person decides to run, my best advice is, [to] have fun! It’s a great team to be a part of and the campaign process, though busy, should be enjoyable. Meet people, hear what they want out of you as you seek to represent them, and give it your best. Enjoy the process.”

Interviews for Publicity and Office Administrator will not be held until March 2. For more information on how to apply or any other questions you may have, email Jacob Kozanecki or Marian Redwine.