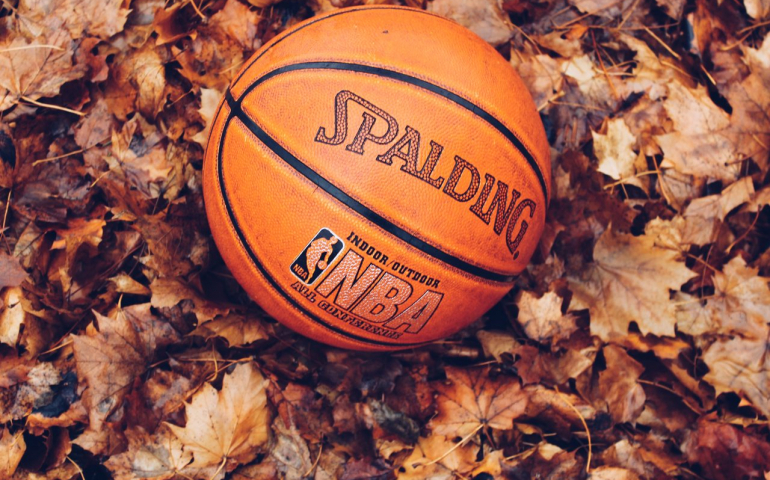 The game between the current players and the alumni itself was fun and very entertaining for everyone in attendance. The atmosphere throughout the gym was very welcoming and uplifting, as the SNU coaches were able to reconnect with the players that they used to coach in previous years.

Associate Head Coach Ryan Mahoney had many good things to say about catching up with the alumni. “It was great seeing our once upon-a-time young men come back and support the program,” said Mahoney. “Seeing them grow up and come back with their families made me proud and warmed my heart.”

Once the game was over, it came time for the current players to begin interacting with the young kids who got all dressed up in their costumes to come to see some players that they looked up to. There were many kids there that were familiar faces to the SNU basketball program, as they would participate in many of the summer basketball camps offered by SNU. These kids did not have a very hard time seeing through the masks that the players had on, and they were able to guess the majority of them correctly. Some, on the other hand, approached the game with strategy in mind, enjoying the struggle of trying to figure out who was who based on their height and voice.

Rocco and Izzy are two young men who have frequented many of SNU’s basketball camps, and the both of them had a blast guessing the players and eating a lot of candy. “Some players were hard to guess because we are used to seeing them in basketball clothes, but once they started talking to us, it made it easier to guess who was who,” they explained.

This event was a really good moral booster for the team, as it exemplified the support that the team receives from people both within and outside of just the SNU community. The men’s basketball team is ready to compete this year and show everyone the hard work they have put in since the end of last season. Be sure to catch the men’s first game this Saturday at 7pm in the Sawyer Center, where we’ll face off against the University of Central Oklahoma.

Photo by TJ Dragotta on Unsplash